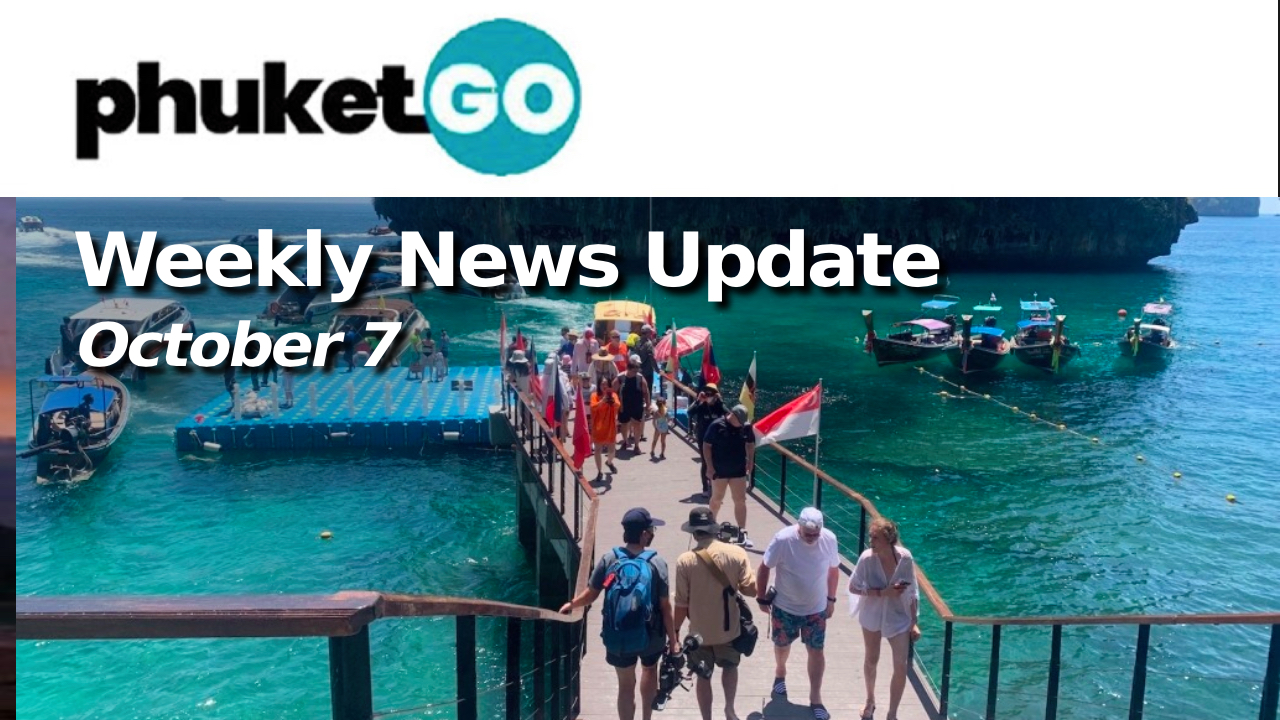 Weekly news program, hosted by Jay Leshark, from the pages of Phuket-GO.com.

Chalong Pier, in the southern end of Phuket, is about to get a facelift, including the installation of 120 additional CCTV cameras and an “artificial intelligence” system. The four Chinese who failed to return on a fishing trip on Tuesday this week, were rescued safe and well. Two Phuket taxi drivers have had their licences suspended after yet another apparent ‘misunderstanding’. The annual Phuket Vegetarian festival wound up on Tuesday night, hanging up its firecrackers and white parade clothes for another year. Maya Bay reopened on October 1, along with some of Phuket’s other nearby islands that have been closed down for a few months.