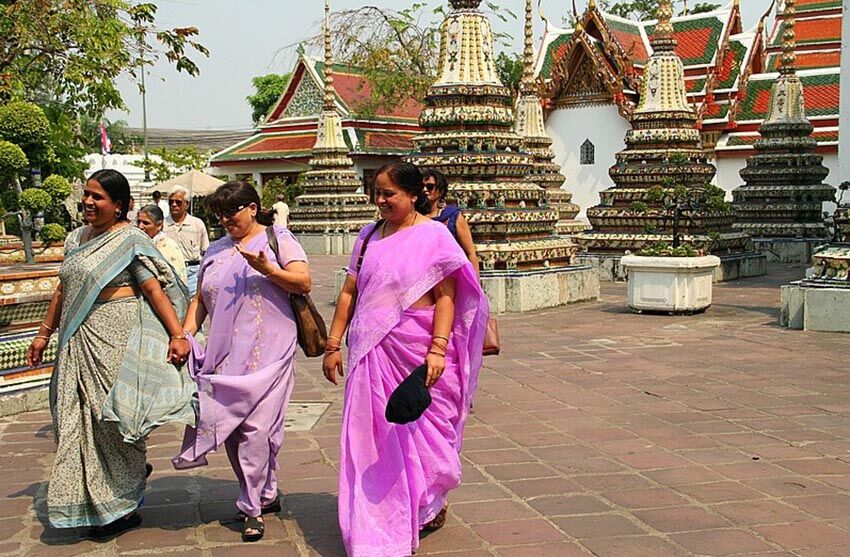 Over 100,000 Indian tourists have visited Phuket in the 4 months since Thailand’s Test & Go entry system ended on May 1. Officials from Phuket Immigration confirmed the number while reporting the latest arrival statistics as of August 30.

A total of 104,350 Indian visitors have visited the island between May 1 and August 30, far exceeding visitor numbers from any other country. They’re followed by 44,313 from Australia, 39,257 from Singapore and 27,683 from the UK, despite a steep rise in most airfares into the country over the past few months.

Last month, the president of Phuket Old Town Tourism Community, Somyot Pathan, confirmed that Indian tourists were driving the recovery of tourism on the island. And they weren’t restricting themselves to the so-called “touristy” part of the island, such as Patong and the west coast beaches, but were also exploring and shopping in places like Phuket Old Town.

Earlier this month, the Phuket Tourism Association and other Phuket officials took a roadshow to India, targeting what has become the island’s number one tourism market this year.

Other countries sending tourists our way this year include Malaysia, with 22,920 visiting Phuket since May 1, Germany, at 16,100, the US with 14,150, and Russia with 13,016. In total, Phuket has welcomed 436,326 international tourists since the government ditched the Test & Go entry system.