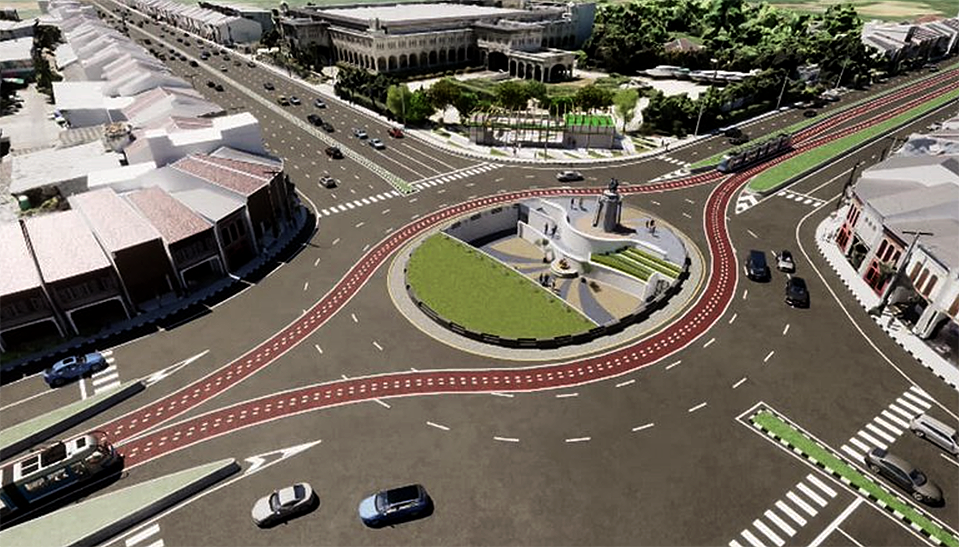 So many projects have been proposed, and later postponed, shelved or simply vanished – Patong Tunnel, tollway from the airport to Kathu, the Light Rail, the second runway at Phuket Airport, and a number of underpasses that never happened. Hopefully this one happens, but it will likely cause traffic mayhem while it’s being constructed.

Now, the Department of Highways has approved the design for an underpass at Ta Rua intersection (the large Chinese shrine), near the Heroines Monument, valued at 2.365 billion Thai Baht.

The project is expected to be completed before 2027. The next step in the process is to now wait for an EIA (environmental impact statement) report and approval.

Last year, the DOP had a public hearing about the project (intersection between route 402 and 4027) and already had an agreement on the model.

The project is designed to support the expansion of Phuket city as well as the much discussed and debate light rail tram/bus in the future (which has been shelved a number of times already). The landscaping around the monument would be enhanced and the road surface around the area will be slightly elevated to accommodate the underpass.

There will be three lanes for cars in the underpass beneath the monument to help easing the traffic jam from route 402.

Precisely where the underpass will start and emerge, or exactly how they’re going to detour or accommodate traffic during the construction process, at the island’s busiest intersection, is yet to be finally announced. The underpass will travel north-south, on Thepkasatri Road, and the monument area will be redesigned and elevated 90 centimetres. Despite all the construction fuss, the completed underpass will only allow for three lanes of traffic.

The Heroine’s monument will include a new forecourt, safer access from the side roads, and an underground museum and information area. The images provided by the DOP include the Light Rail service, which has already been shelved in favour of an automated electric bus service. Even still, the plans for the light rail/electric bus have been further delayed with the DOP and EXAT announcing a Phuket Airport to Kathu expressway project in lieu.

Underpasses have been built in Phuket at Samkong, Chalong Circle, Central (Darasamuth) and at the east end of the By-Pass Road over the past decade. In all cases they ran way over their proposed budgets and project completion times. 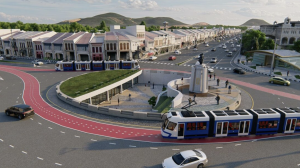 In this article:Phuket roads, Thepkasatri Road, traffic in Phuket, underpass at Heroine's Monument