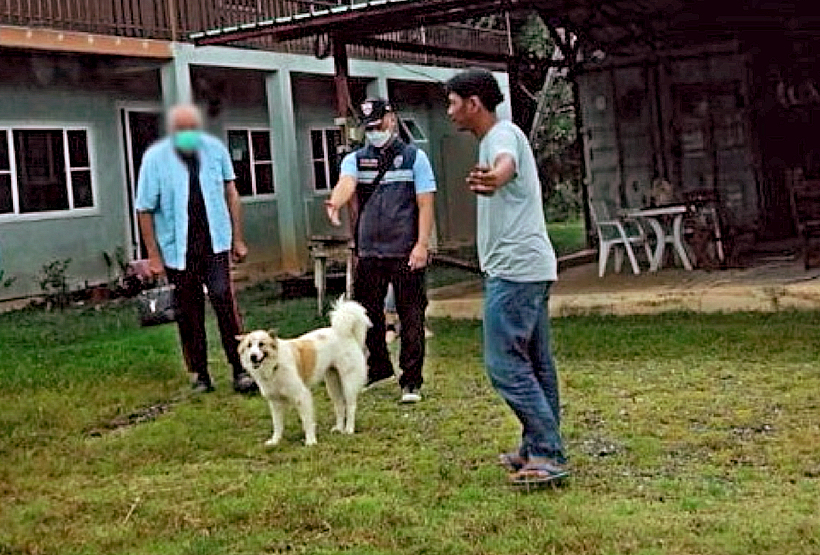 Immigration police are on an active crackdown of overstayers, arresting two Americans in unrelated cases.

A 63 year old American man has been arrested in Tai Mueang, north of Phuket in Phang Nga province, for overstaying his visa 745 days – over 2 years. He told police that he hadn’t left his rented room for 24 months. He has been identified as Michael Scott Drannan.

According to The Phuket Express, he was living in a house with a Thai woman who is now his wife. He was growing organic vegetables to sell. He told police that he had arrived in Thailand to retire and that he was aware that he had overstayed his visa. Whilst he made a small profit by selling vegetables, he explained to immigration police that he was unable to afford keeping his ‘retirement’ visa up to date.

The man will be deported and probably blacklisted.

Meanwhile, another 63 year old American has been arrested in Rawai, in the south of Phuket. He had only overstayed his visa for 8 days and had been living off ‘protein shakes’ whilst hiding from Immigration police.

Roderick Eugene Williams had been living in a rented room in Rawai where he was arrested. He had resisted his address with Immigration as living in Phang Nga but were tipped off when they visited the property and couldn’t find him.

Mr. Williams hasn’t explained why he had overstayed his visa.

In another recent case, a 31 year old Chinese woman was arrested in Surat Thani for overstaying her visa by 19 days.

Moral of the story – check your visa dates and allow time for an extension or application for a different visa before you end up deported, or paying a fine when you depart.