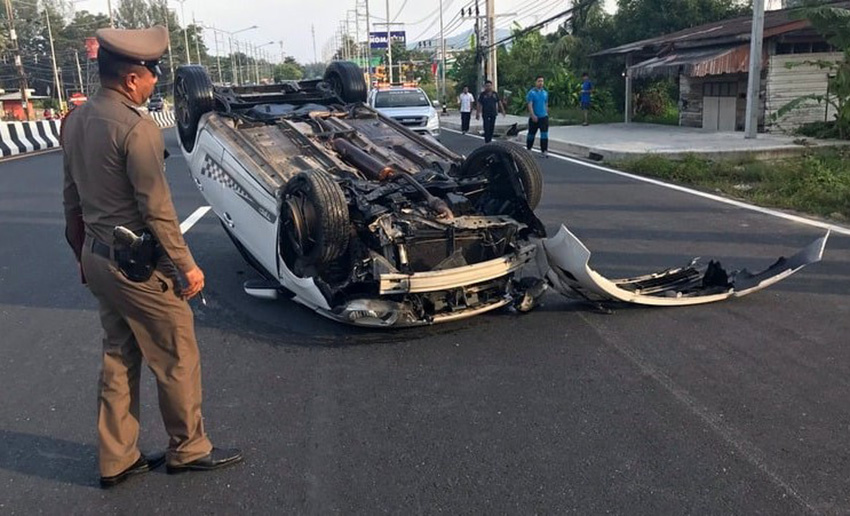 Officials in Phuket have launched a Road and Marine Accidents Prevention Centre, with the aim of reducing the number of avoidable incidents over the New Year holiday period. According to a Phuket Express report, Governor Narong Woonciew presided over the launching of the centre yesterday at the offices of the Phuket Provincial Administration in Phuket Town.

Also present was Udomphon Karn, head of the Phuket Department of Disaster Prevention and Mitigation, who said the aim of the holiday campaign is to see a reduction in the number of accidents.

Thailand still has one of the highest road death tolls, per capita, with the worst times of the year being the Christmas/New Year break and the annual Songkran holiday.

“December 26 every year has marked the ‘World Day of Remembrance for Road Traffic Victims’. The target of the campaign launch for the centre is to set checkpoints which aim to decrease road and marine accidents during the festival.”

The launch follows confirmation of the “New Year’s Seven Days of Danger” campaign, which runs every year from December 29 until January 4, according to Phuket’s Vice Governor.

“We are preparing for road and marine accident prevention for this coming New Year’s festival. The Seven Days of Danger will be from December 29, 2022 to January 4, 2023. We are targeting to decrease road accidents, injuries, and deaths year over year.”