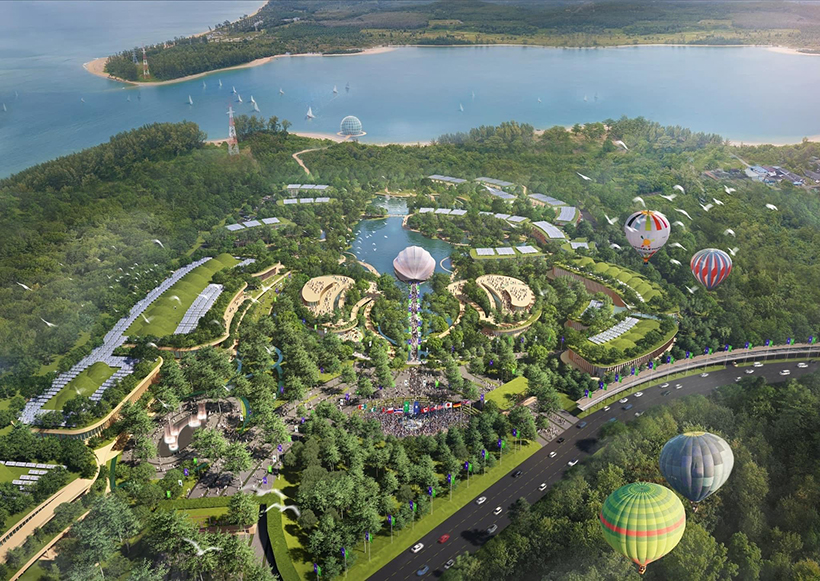 The model of the Specialised Expo 2028 Phuket Thailand has been unveiled, expected to cover 141 rai of land in Mai Khao (northern Phuket) under the concept: Future Life – Future of Life: Living in Harmony, Sharing Prosperity.

Other cities in the running host the event are United States of America (in Minnesota), Serbia (in Belgrade), Spain (in Malaga), and Argentina (in San Carlos de Bariloche)… some tough competition for Phuket!

The President of the Bureau International des Expositions, Alain Berger, said that he has already acknowledged Thailand and Phuket’s aims and focal point for hosting the international expo, which will be an essential component to the considerations in choosing the host. The BIE delegation arrived in Thailand last Sunday for a week-long inspection around the island.

The BIE says it will base its considerations by looking into the possibility of the project Thailand has proposed as well as the support from the Thai government and private sectors. The visiting committee will check the readiness of the province and prepare a report about all the factors they need to decide on the 2028 event host. A spokesperson also stressed the potential of the project that could “efficiently spark an idea to make an economic development from local to national level”.

During yesterday’s meeting, the Prime Minister of Thailand, Prayut Chan-o-cha, said that Phuket is a great location for Thailand as Phuket is the number one ‘city’ and province ain the south of Thailand that is being pushed to be a medical tourism destination while the island also offers a unique and beautiful culture. Phuket was also the first province to lead the way with the revival of the tourism industry during Covid-19 pandemic via the Phuket Sandbox (on July 1, 2021), which led to other provincial sandbox projects, and then the Thailand Pass which opened up the Thai borders for every, with restrictions, on November 1, 2021.

The PM added that Phuket is also ready with a good management and infrastructure. 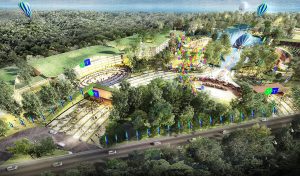