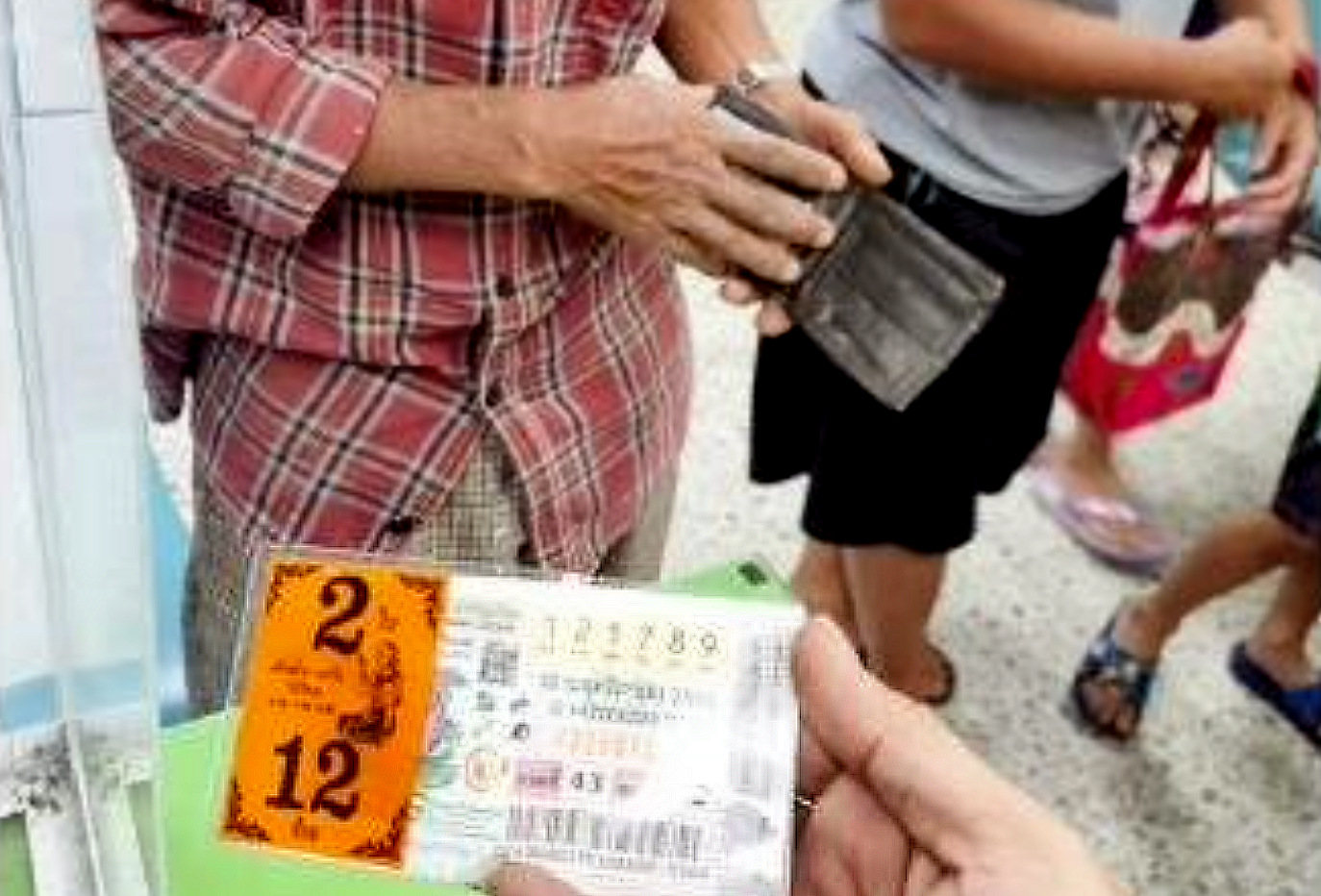 Good luck has come to the island this week after a 56 year old island resident won the first prize in the Thai national lottery, receiving a prize of 12 million baht.

The national lottery is drawn twice a month, broadcast on national television, usually on the 1st and 16th of each month.

The first prize for lottery, for one correct set of numbers, is usually around 6 million baht.

The winner, who lives in Thalang, has already visited the local police station with his winning ticket with the numbers 121789.

The man bought the ticket at a location lottery store 3 days before the latest draw. The store was directly opposite the Thalang Police Station.

Thais have all sorts of weird and whacky ways to predict the bi-monthly lucky numbers – any natural event, or stroke of luck that befalls a person, becomes the target for choosing lottery numbers.