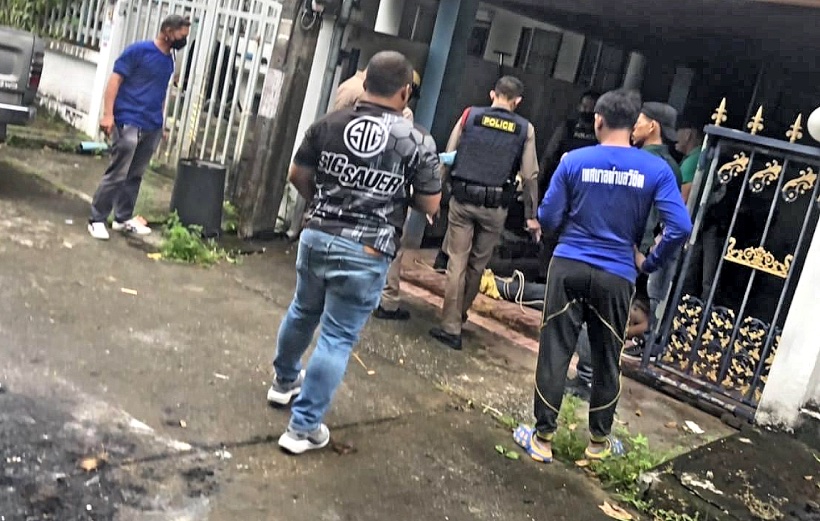 A drunk Phuket man has made a nuisance of himself yesterday wandering around his neighbourhood in Wichit whacking cars with a sharp iron bar. The incident, apparently not the first, happened yesterday afternoon.

Frightened residents from the housing estate contacted the Wichit Police alerting them to the damaged cars and property. Police eventually arrived on the scene and were confronted by the 36 year old, still carrying the iron bar.

The man, clearly intoxicated, refused to drop the bar, so police tased him. He was taken to hospital for testing but was either unable or unwilling to answer questions about his motives or actions.

According to The Phuket Express, police are awaiting the results of the drug tests and told Thai media that the man will be referred to a psychiatrist for further assessment.

Housing estate residents told police that “Nan” was always “angry and erratic”, and that he had been arrested for similar actions before, adding that he lived in the estate alone, and even his own relatives were scared of him. No one had much knowledge of the man, his work or how he survived in his house.

In this article:crime in Wichit, police in Phuket, tasered