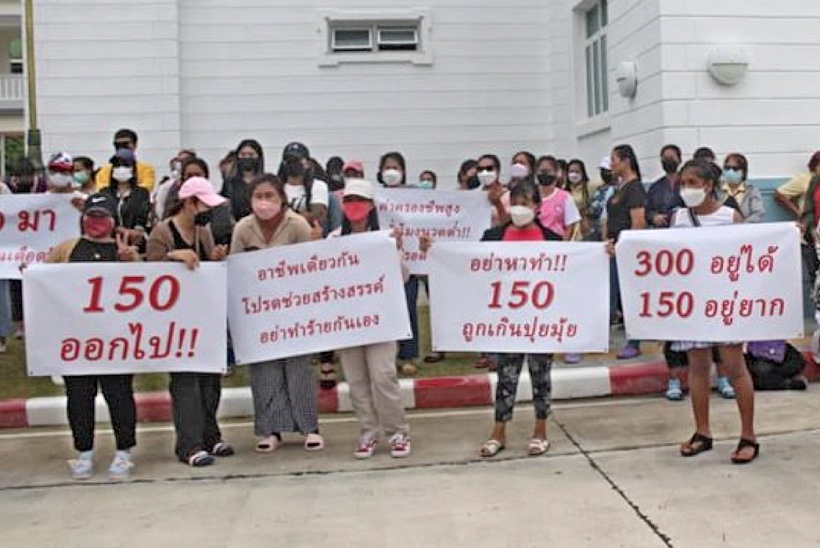 Massage by Ked protest in Phuket

Rather than tourists complaining about price-gouging in the tourist zones, massage shops are all in a lather over a ‘foreign’ competitor “cutting their lunch” and price-cutting massage services, up to 50% discount.

Around 100 masseuses have filed an official complaint with the Phuket Provincial City Hall, along with a protest at the city offices.

Karon Traditional Thai Massage Community Enterprise led the protest against the shop allegedly offering cheap massage services for as little as 150 baht, about a 50% discount on the usual charge. The protest was aimed at “150 Massage by Ked”, a small franchise of massage shops that are being accused of being financed by foreigners using Thai and Burmese to avoid laws forbidding foreigners from owning and running massage shops in Thailand.

The company appears to have three or four outlets around the island.

Before the Covid pandemic, the protesters explained, the standard price for a traditional Thai massage in Phuket was 300 baht. 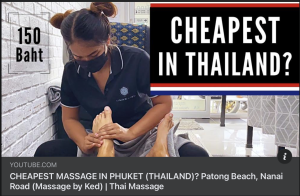 According to the Phuket News, the Kata Karon Community Enterprise Group protest was calling for “fairness”.

“We have been open for 10 years and never had a problem. But when you come in and turn [prices to] 150, you hurt a colleague in the same profession, you make him die alive.”

The crowd of protesters shouted slogans…

“Before the pandemic, 300 baht per hour was an agreed standard price… We share the same occupation…. Please, be creative… Don’t hurt yourself.”

The Phuket Vice Governor Anupap Rodkwan Yodrabam eventually came out and invited a group of representatives from the protesters for a meeting.

The protesters complained that earlier appeals to the Karon Mayor, Karon officials, and a direct appeal to the Phuket Governor Narong Woonciew, failed.

It’s estimated that before the Covid pandemic there were 10,000 masseuses working in Phuket. Around 20% of the shops have reopened in busier areas like Patong, Rawai and Phuket Town.

Protesters claimed that, now that the industry is slowly recovering, they need to maintain proper pricing and a quality product.

“The cost of operating a business is higher than the actual income. It is not possible to offer the service at 150 baht per hour.”

They also complained that it lowered the perception of value of a proper traditional Thai massage.

In this article:cheap massage, employment in Phuket, massage, massage by ked, massage in Phuket