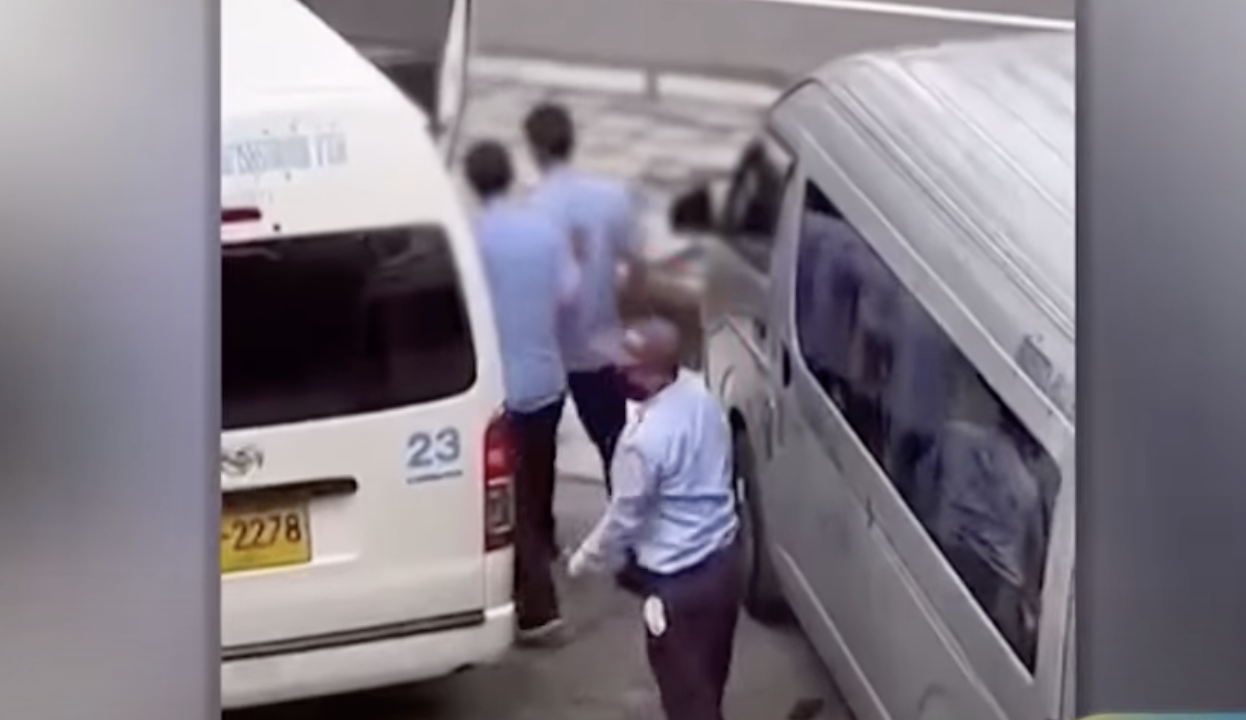 The driving licenses of the three fighting minivan drivers in Thalang, who came to blows in a viral YouTube brawl, have been suspended for six months.

Two Phuket minivan drivers accused of attacking other drivers in a brawl in front of a souvenir shop have presented themselves to police for questioning. The incident took place in the district of Thalang, in the north of the island, with footage quickly going viral on social media.

It’s understood the drivers were waiting for foreign tourists who were in the souvenir shop, when an argument broke out over commissions (the drivers would be on a commission up to 50% of sales in some cases). The verbal exchange quickly turned physical and the drivers came to blows, with one man attacked with an axe.

Sermphan Sirikong from the Phuket Provincial Police says one of the drivers sustained a head wound.

“One of the drivers, Mr. Chanon, had been injured from a slash wound to his head. He said he does not personally know the other minivan drivers. The drivers involved in the brawl were disappointed about getting tips (commission) from taking customers to the souvenir shop but someone else had allegedly jumped the queue to receive money from the shop instead.

“The two main suspect drivers are Mr. Nattaphon and Mr. Piya, who sped away after the incident. However, they later presented themselves to the Thalang Police. They used a small axe to attack Mr. Chanon. They said Mr. Chanon looked at their face wrong which was a challenge to fight following the conflict over tips.”

According to a Phuket Express report, the incident is being investigated by the police and the Land Transport Office.