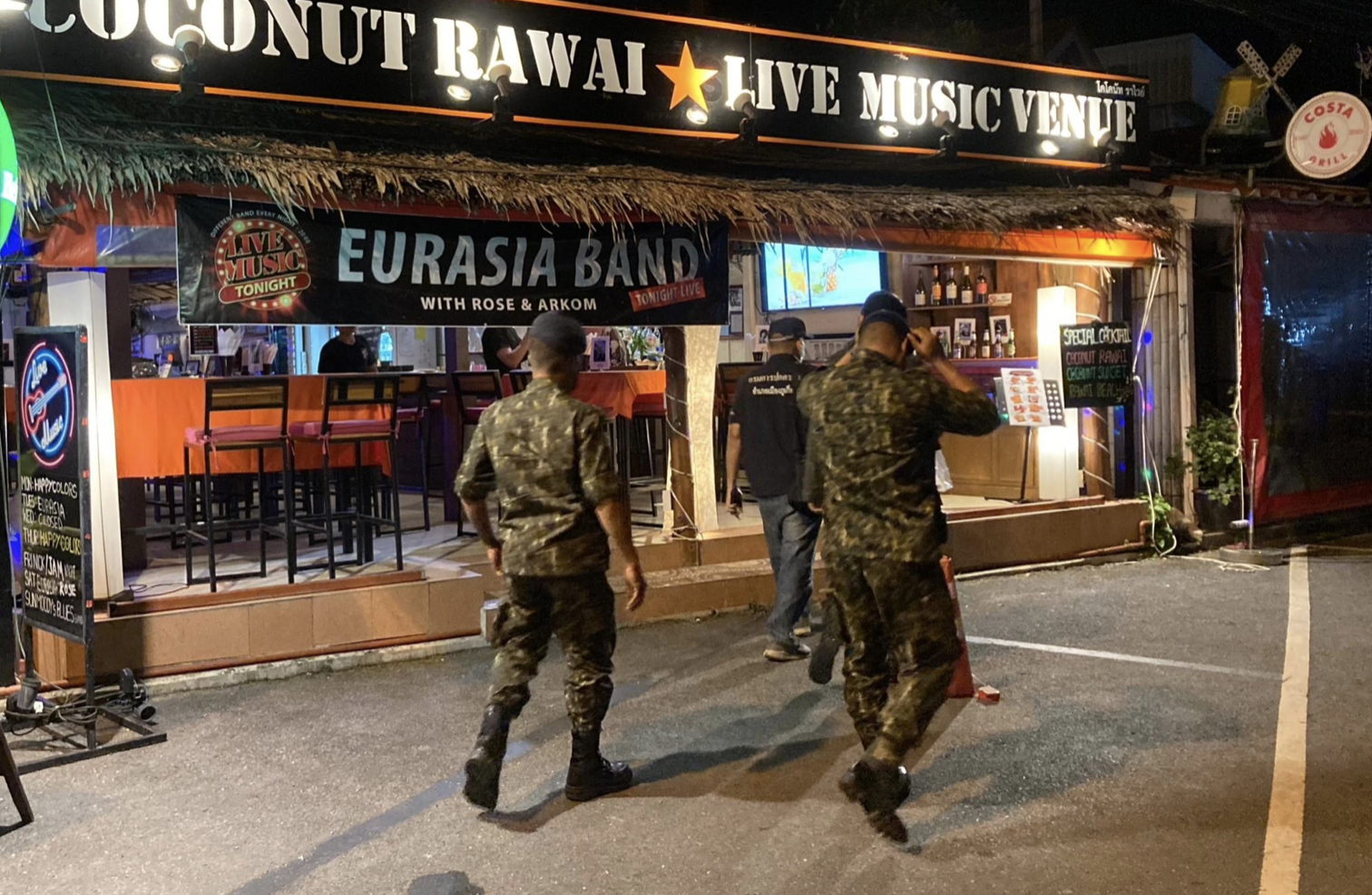 After a blitz of Bangla Road establishments over the recent month, particular in regards to fire safety, the island’s officials inspected entertainment venues in Chalong and Rawai, at the southern end of the island, to make sure they are following rules and regulations regarding closing times, age of customers and safety at entertainment venues.

During the pandemic Rawai re-invented itself and became a popular entertainment zone, particularly for locals and expats in the early days of reopening around the island.

Last night, a team of officials from the Phuket District Office inspected numerous entertainment establishments in Chalong and Rawai.

Officials also completed a full audit of Patong venues in the past month following the disastrous fire in Sattahip where 23 people died and other remain in hospital with critical injuries, six weeks after the incident.