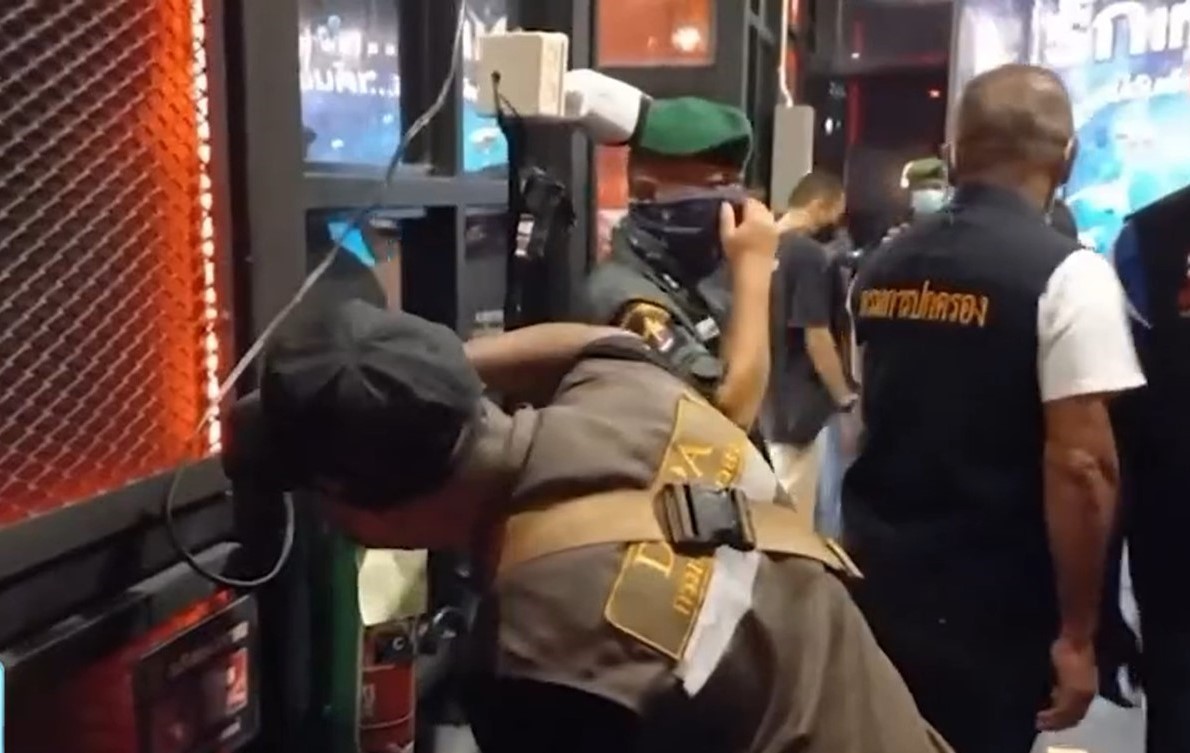 Following the deadly nightclub fire that claimed 15 lives in Chon Buri, Phuket officials have carried out a safety inspection of nightlife venues in Patong. Sticking to the unofficial mantra of “always reactive, never proactive”, officials visited a number of nightlife establishments on Patong’s Bangla Road to check for fire safety.

There was also a team of Kamala officials inspecting entertainment venues in Kamala over the weekend. The teams checked fire safety and readiness, access to fire extinguishers, useable exits, signs and sprinkler systems.

According to a Phuket Express report, the team of Kathu officials checked for accessible fire exits, signage, working fire extinguishers, and fire prevention systems. While most venues were deemed compliant, some have been ordered to make changes and improve safety equipment and fire exit signs. Maintenance of fire controls in these venues are notoriously lax in Thailand, leading to a number of high profile and, sadly, fatal incidents.

Following the fire at the Mountain B nightclub near Pattaya in Chon Buri, PM Prayut Chan-o-cha has ordered a serious investigation. The fire, which broke out just before 1am on Friday, killed 15 people, with 34 others injured. Chon Buri’s deputy governor says the fire was caused by a short circuit and has ordered over 500 Pattaya venues to be checked for safety in a preliminary investigation report.

It’s understood that the foam cladding, which had been used for sound-proofing the club, was highly flammable, which allowed the flames to spread rapidly, melt, then rain down on the fleeing customers. In addition, the venue only had one entrance and exit in operation, with the rear exit and fire exits inaccessible due to being locked or sealed off.

This had allegedly been done to stop customers leaving without paying. Furthermore, it’s believed the venue only had 2 fire extinguishers, no emergency procedures in place in the event of a fire, and was not licensed to operate as a nightclub. Additionally, the roof was covered in sheets of aluminium-sided insulation, and weighed down on the steel roof with nearly 100 rubber truck tyres.