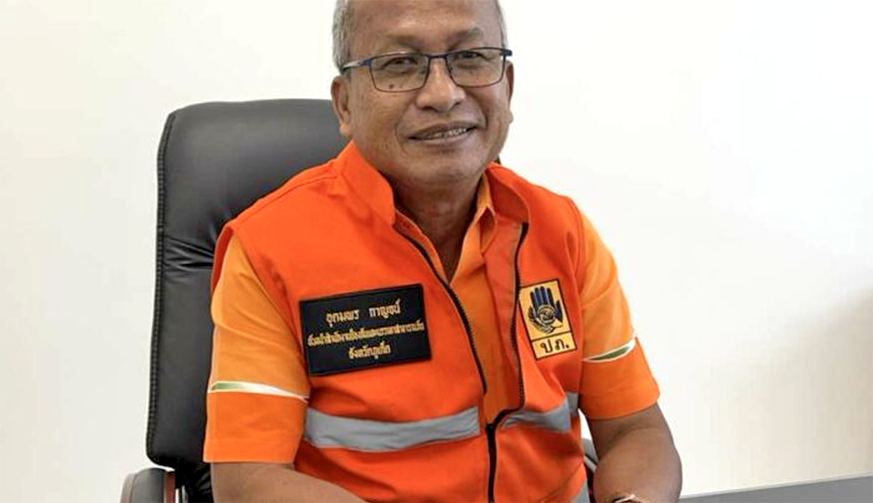 On July 6, The Chief of Phuket’s Department of Disaster Prevention and Mitigation, Udompon Karn, said that the medium-sized earth tremors at the fault line in the Indian Ocean, about 500 – 700 liomtres west and Northwest of Phuket, will not affect Thailand or Phuket because “the power is as low as (magnitude) 4 on the Richter scale”.

For the preparation, he said Phuket has Tsunami warning alert towers and the National Disaster Warning Centre is monitoring them all closely.

On July 6 at 8am, he said, all towers were tested to make Phuket well prepared and Phuket DDMT is following up the situation closely. The towers are tested, with the playing of the Thai national anthem, at 8am every Wednesday.

He also noted that the thunderstorms over the past week and the low-level flooding at some coastal areas along the west coast of Phuket “had nothing to do with the earthquakes”.

He ensured that “Phuket is ready” in the case of a tsunami and the Governor, Narong Woonsew, is monitoring the situation at all times.

“Phuket’s DDMT will immediately inform the public once there is a sign of danger.”

“I have to emphasise that Phuket will not be affected by the earth tremors recorded since last Sunday. The tsunami caution buoy is still working* and we have networks of people monitoring the earthquake situation and the movement of the waves while the NDWC is precautioned about high-Richter earthquake.”

*His comments contradict comments made by the national department of Disaster Prevention and Mitigation earlier this week.

“Earthquake does not always mean tsunami. There are many factors and there are experts to evaluate the situation. If there is a possibility of tsunami, information will be immediately sent to Phuket and released through the warning tower to the public.”