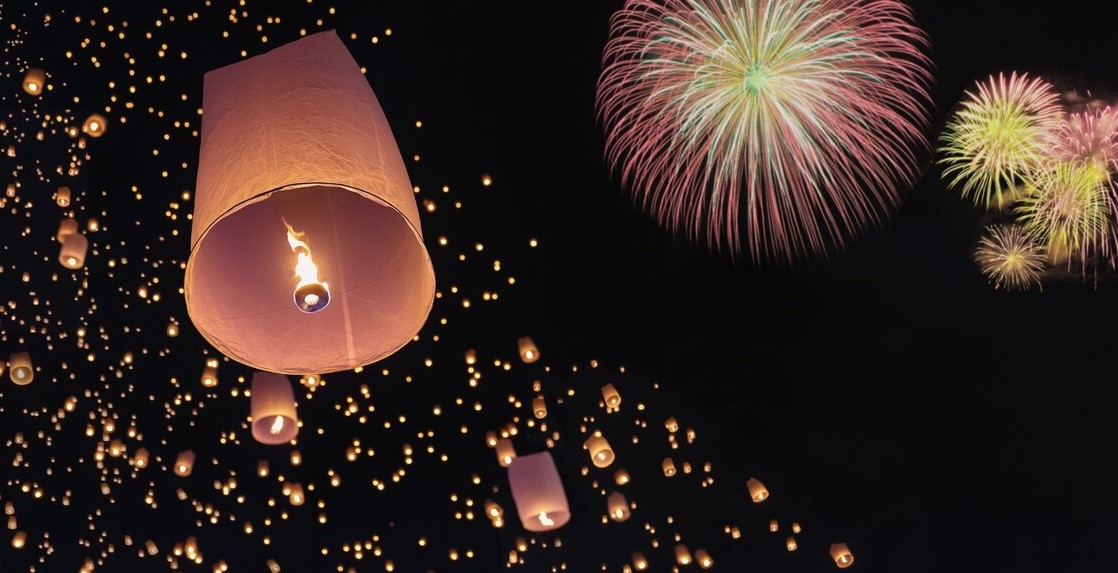 Phuket fun-police from the Kathu District Office have confiscated a number of floating lanterns and fireworks from vendors on Patong Beach. There is a ban in place on both items, with a penalty of up to 3 years’ imprisonment and/or a fine of up to 60,000 baht. Police were confiscating the banned items.

Siwat Rawangkul, Kathu District Chief, says officials were responding to a number of complaints that fireworks and floating lanterns were being sold on Patong Beach.

The report goes on to say that officials visited the beach at night and found fireworks and floating lanterns hidden in trees at various points along the beach. The items have been confiscated but Siwat says officials are still trying to determine who they belong to.

“Those items were seized but we didn’t find their owners. However, we are searching for them. Floating lanterns and fireworks are not allowed to be set off in public without permission.”

In the past many tourists would enjoy a walk along Thai beaches and then sending a floating lantern into the sky but potential problems with aircraft and in adverted fires caused a ban on the sky lanterns.