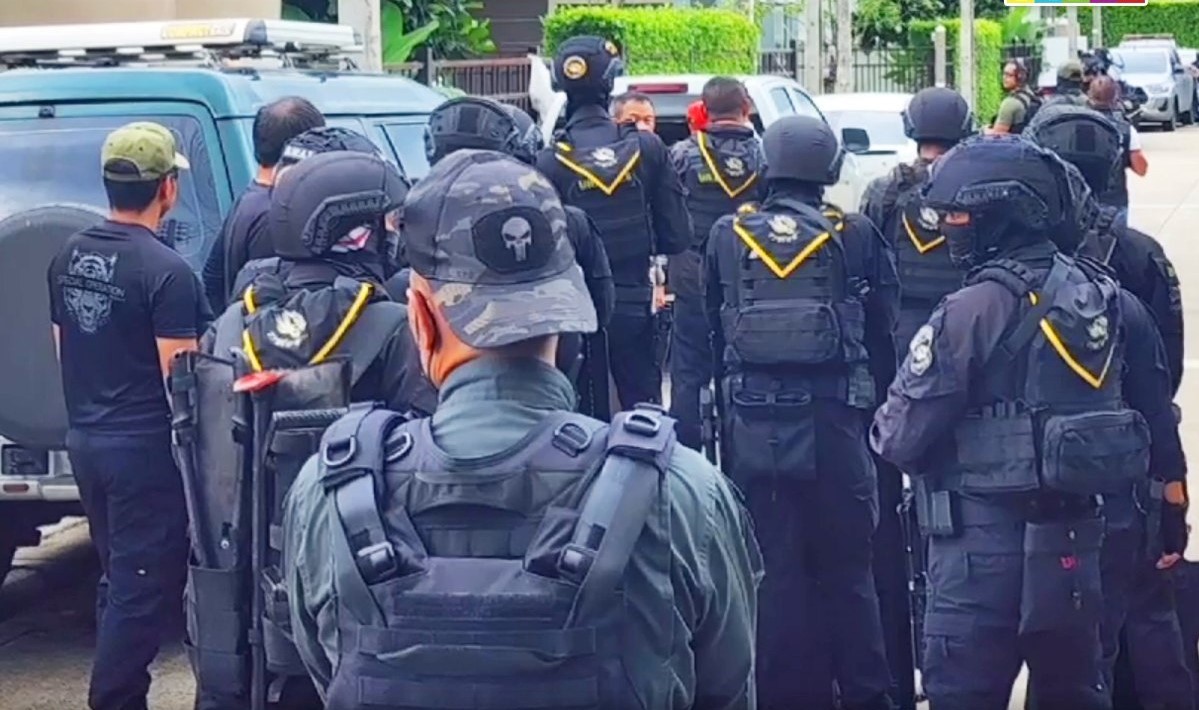 An off-duty police officer has been taken into custody after he was found wandering erratically around a Phuket housing estate while brandishing a gun. The incident happened in the northern district of Thalang, with Special Service Division Police called in to detain the man. According to a Phuket Express report, it took specialist officers 9 hours to arrest the off-duty policeman.

Pisit Chuenpet, chief of Thalang Police, says officers had received a call about the man, who initially blocked the entrance to the estate before wandering around with a gun.

“We were notified from residents that a man who was acting erratically was walking around with a gun. He blocked the entrance of a private housing estate with a pickup truck. The man later hid in his house in the housing estate.”

It’s understood the police were notified of the man’s presence at 8.30am but it took 9 hours before they were able to arrest him. He has been named as Police Corporal Korn, a 27-year-old officer with Phang Nga Police.

“At 3.20pm, the suspect came out still carrying a gun around the area. It took 9 hours before Corporal Korn, 27, who is a Phang Nga Policeman, was able to be arrested. He was found with a handgun loaded with 7 bullets and an additional 8 bullets in his pockets.”

Piset says the off-duty police officer had had an argument with his girlfriend, which led him to behave erratically. However, he declined to say whether Korn’s position within the police force will be affected by his actions.

“The suspect was nervous after a recent argument with his girlfriend. He is facing charges of carrying a gun in public without reason.”