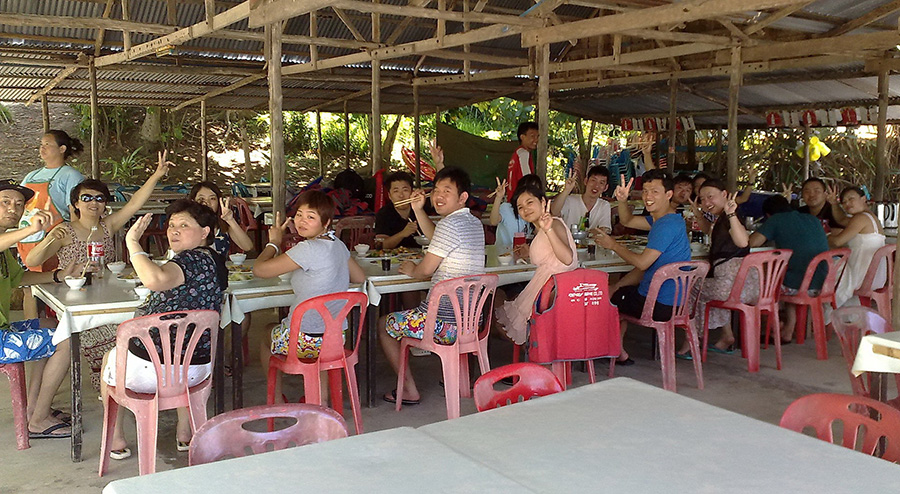 Phuket is preparing to welcome back tour groups from China, following confirmation from Beijing that outbound tour groups can travel to Thailand and 18 other destinations from February 6 this year. The move follows last month’s sudden dropping of travel restrictions in China, which allowed Chinese tourists to resume international travel from January 8.

Before Covid 19, the majority of Chinese travellers were starting to arrive as FIT – Free and Independent Travellers – taking over from the earlier preference to travel with tour groups on what became known as Zero Dollar Tourism. These tour groups would often arrive on arranged tours, mostly using transport, food and accommodation, even tours, with the money pre-paid in China as a package and then visiting Phuket shops who pay large commissions for any purchases back to the Chinese tour companies.

According to a TTR Weekly report, 11 million Chinese travellers visited Thailand in 2019, over a quarter of total international arrivals that year. Tourism operators in the kingdom are looking forward to the return of tour groups, with Jurairat Mongkolwongsiri from Centara Hotels & Resorts saying the hotel chain is already taking bookings for Phuket and other major tourism spots in the kingdom.

“Initially, the priority period was Chinese New Year, and our Phuket properties, for example, are already full. We have started to receive inquiries for inspections of our Bangkok properties, and Chinese airline crews are confirmed to stay at our hotel in Chiang Mai.”

The challenge remains a lack of enough direct flights. Prior to the Covid-19 pandemic, there were 28 airlines operating multiple routes between the two countries, with flights serving 44 airports and offering 17 million seats. However, the pandemic led to a total shutdown of travel from China and services are only beginning to resume now.

Jurairat says the safe re-opening of Chinese borders was essential to the recovery of international tourism.

“The outlook for the tourism sector indeed remains uncertain, but we are optimistic about it. It requires global cooperation and evidence-based solutions to lift travel restrictions safely. With the opening of China’s borders, we can see that coordinated action across governments at all levels and the private sector is essential to help international tourism resume.”