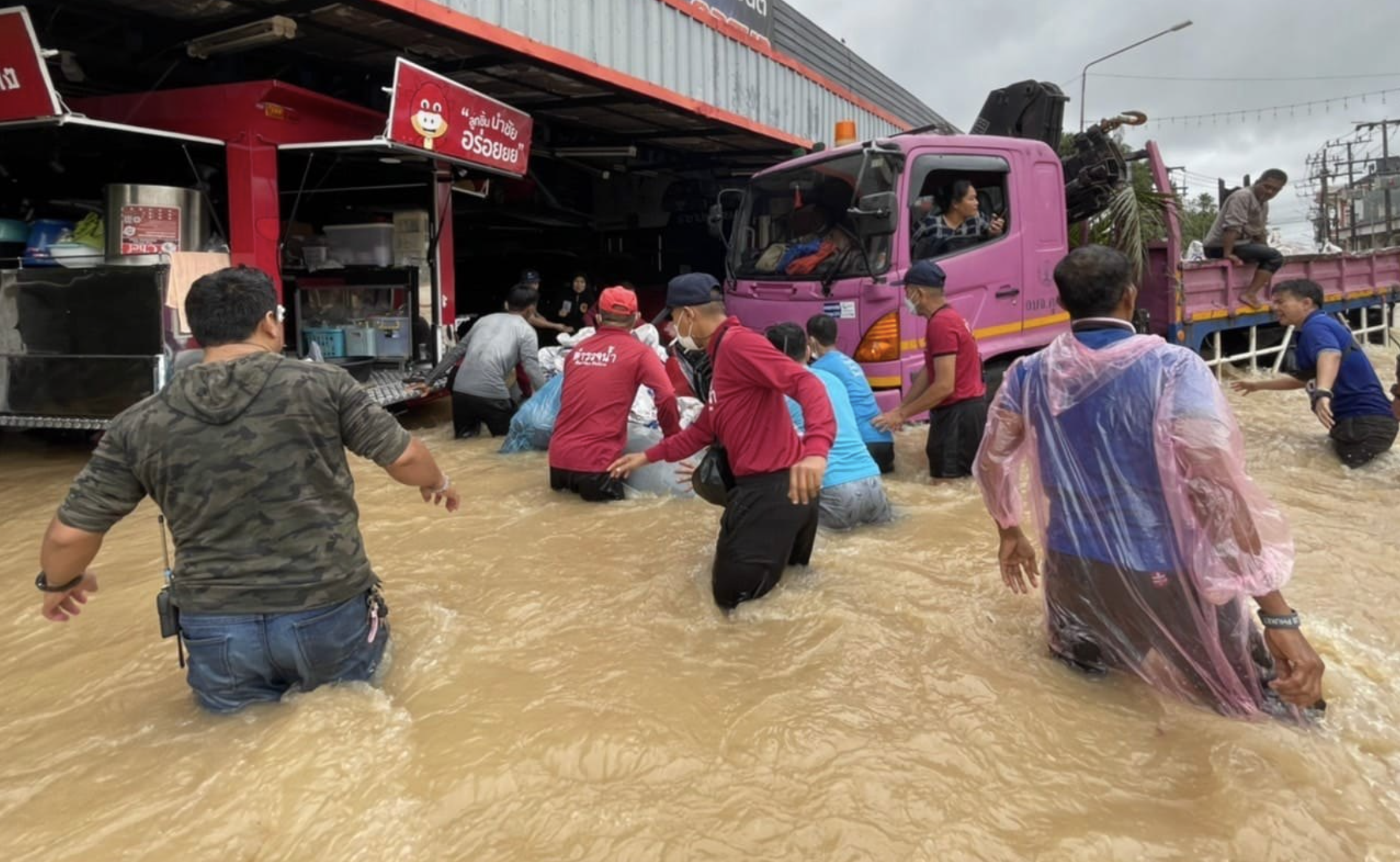 The Thai Meteorological Department has reissued a warning of heavy rain for Phuket for the rest of Wednesday day, with the risk of more flash floods and landslides for at least another 3 days. The warning, which had been in place until Friday, has been extended to at least Saturday.

Please support the Phuket Relief Project if you can. Read the latest HERE.

In the Gulf of Thailand, waves are expected to reach between 1 and 2 metres in height, and over 2 metres offshore. Residents are being warned of severe weather conditions that could lead to more flash flooding and overflows. On the south-west coast, there is a warning of inshore surges.

In Phuket, the Royal Thai Navy has been drafted in to help flood victims, while several organisations are arranging handouts of food, water, and items such as towels, bedding, and clothing. Many residents are unable to return to their flooded homes, while major roads remain underwater.