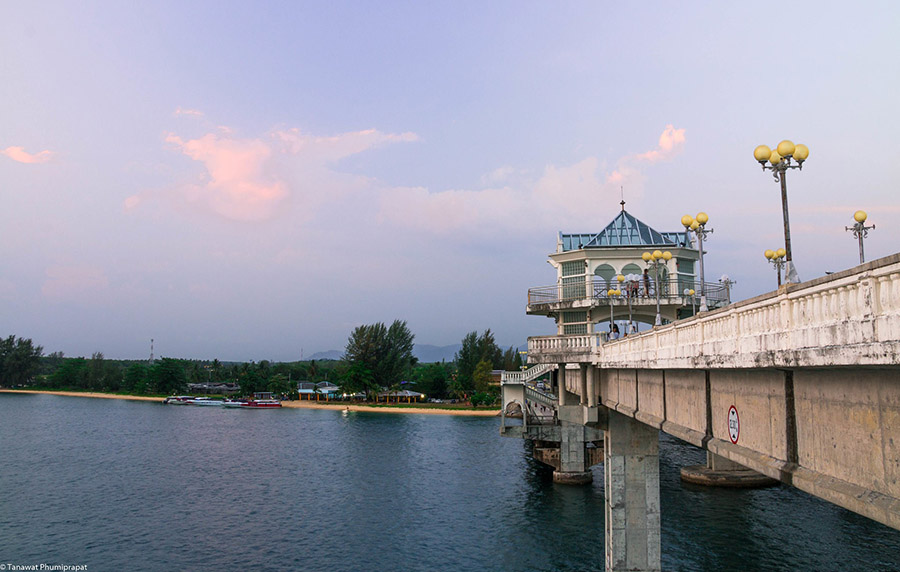 Rescue workers from the sub-district of Mai Khao in the north of Phuket have saved a drunk man who fell from Sarasin Bridge in the early hours of yesterday morning. According to a Phuket Express report, the man had been walking on the bridge railing before falling into the sea, apparently accidentally.

Witness reports from nearby fishermen say they saw the man walking along the bridge railing before slipping and falling into the water below. The men threw a rubber ring to the man and called rescue workers who managed to get him out of the water.

It’s understood the intoxicated man has admitted to also using illegal drugs before deciding to walk along the bridge railing. The man has not been identified and it is not known if he will face any charges.