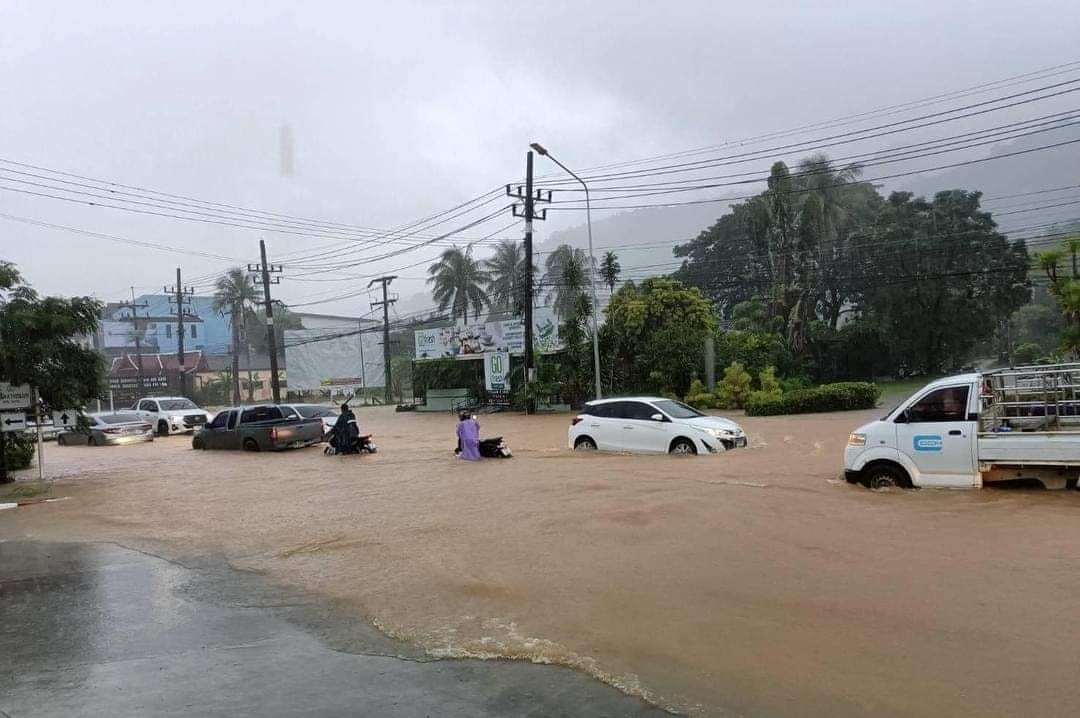 It’s a mantra we heard time and again during the Covid pandemic and now Phuket police are repeating it once more – stay home. The authorities are urging Phuket residents to avoid all unnecessary travel as the wet weather continues to bring a risk of flash floods and landslides, creating severe traffic delays.

Even getting to the airport at the moment can be a hit and miss trial with occasional, and unexpected, long delays along Thepkasattri Road heading north.

Yesterday, the main access road to Patong, across Patong Hill, partially collapsed, leaving access across the hill from Kathu completely blocked off, in both directions. The road was closed off last night around 5.30pm after a total collapse of one lane, just after the first hairpin turn, heading up the hill from Kathu.

Officials eventually blocked off access to the Patong Hill road, in both directions, after traffic continued to traverse the damaged section on the one remaining lane.

Last night, Phuket Provincial Police issued a statement urging people to avoid travel to Patong and stay home unless there is an emergency.

“If it is not necessary, please avoid heading to Patong. During this time there are traffic delays because of many motorists on a variety of roads from Patong to Chalong and to Surin Beach on both detour routes.”

Meanwhile, Phuket Governor Narong Woonciew says the flood situation is easing in some parts of the island, with water levels finally subsiding after 3 days.

According to a Nation Thailand report, the governor has praised Phuket residents for their resilience and cooperation, adding that the situation is now improving in Mueang district.

However, in the sub-district of Rassada, east of Phuket Town, the situation remains serious, with water pumps still in use. The governor says it may be another 2 or 3 days before the situation improves.