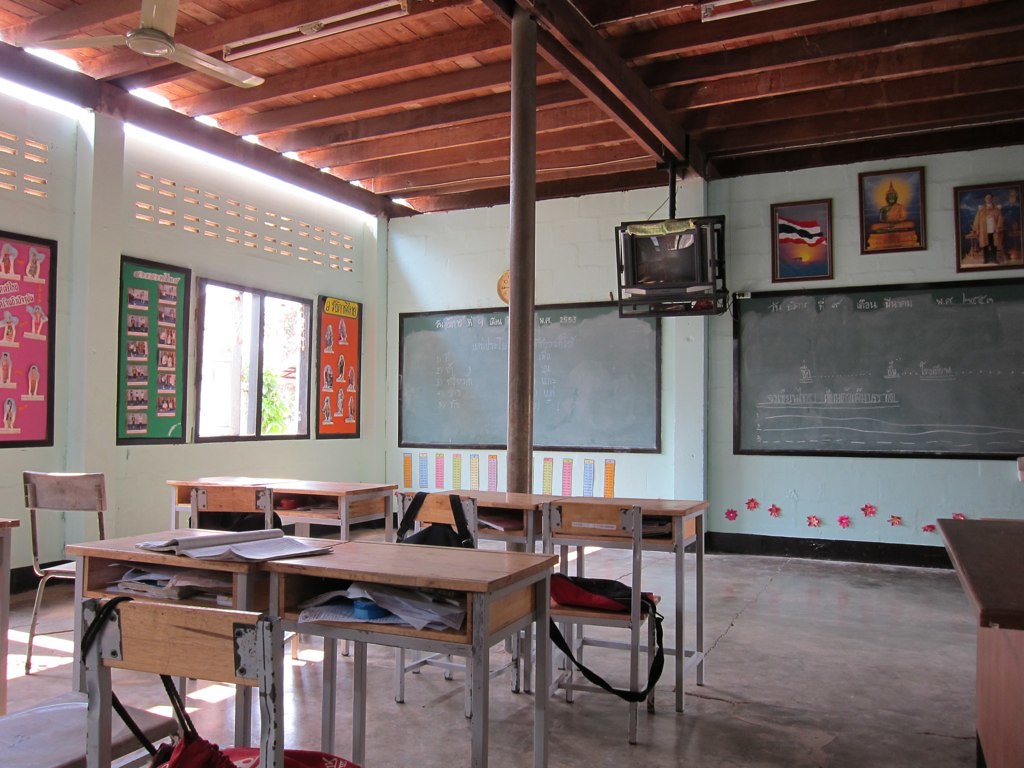 A Phuket school director is denying he assaulted an 8 year old student (some media have reported the student’s age as 9), with the Phuket Educational Office launching an investigation into the allegation. The claim was first made by an unnamed 54 year old woman, understood to be a relative of the child’s, who filed a complaint with Phuket City Police last Friday, September 9.

The complaint alleges that at 3pm on September 8, the school director used force to hold the student’s head against his will, then knocked him into a wall. The director is also accused of forcing the child’s mouth open with his hands. The incident is said to have occurred at an unnamed private school in the eastern sub-district of Rassada, near Phuket Town.

According to a Phuket Express report, the child sustained injuries and subsequently complained of a constant headache. He was taken to a hospital for a check-up and it’s understood the findings will be included in the investigation.

Suchart Meelampong from the Phuket City Police says the boy’s mother, named only as Ms Ya, told officers her son and his sister were in the school director’s room at the time of the alleged incident. The boy’s mother says she later noticed her son’s head was swollen and asked both son and daughter what had happened. The boy’s family is threatening legal action against the school director, who denies the allegations.

“The school director told us it is not true. He did not assault the boy. The boy is a special child (with special developmental needs and/or disabilities). He normally does not enter classes and he likes to stay in teacher rooms.

“On that day, the student in question went into the school director’s room while the director was working in there. He played in the room for five minutes before going out. The room is next to other rooms where staffers and teachers were present. They did not hear any sound or cries from any potential assault. He bought some water from a teacher at a shop in the school and no wounds were present. However, we are continuing the investigation.”