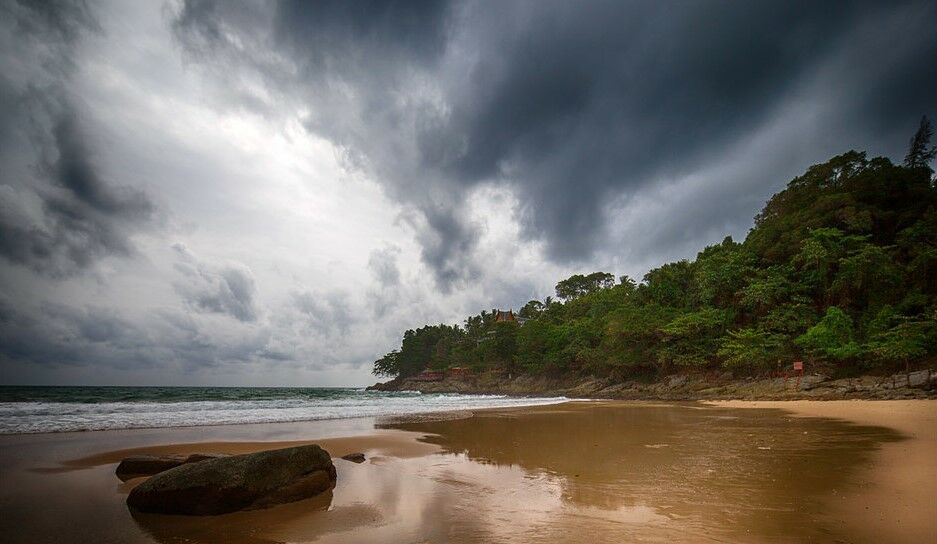 The Thai Meteorological Department has announced that the southwest monsoon in the Andaman Sea and the Gulf of Thailand is “still very strong” and will have an impact in the area with increasing thunderstorm until July 14.

“The wind is very strong in the north parts of Andaman Sea and the Gulf of Thailand have 2 – 4 metres waves, sometimes higher than 4 meters where it has thunderstorm.”

“The south parts of the Andaman Sea and the Gulf of Thailand have 2-3 metres waves and higher than 3 metres when under storm. Sailors are suggested to be cautious and avoid sailing into thunderstorm areas. Small boats are suggested to stay onshore until July 14.”

Thais will head to their local temples today to light candles and pray. Asanha Bucha Day marks the day when the Lord Buddha delivered his first sermon at Benares in India over 2,500 years ago. The exact date of the holiday is determined by the waxing moon and the lunar months, but is usually held in July or August each year.

Thailand’s bars and nightlife will be quiet for today and tomorrow nights this week, and there will be a 48 hour ban on the sale of alcohol. Restaurants, hotels and convenience stores will be unable to sell alcohol during this period.

Phuket welcomes an influx of local and international tourists this week, albeit a damp welcome. Recent weeks have seen one of the wettest Julys in recent years. Today and tomorrow are Buddhist religious holidays, including alcohol bans. But many Thais and expats have extended the Wednesday and Thursday public holidays into a 5 day long weekend. Many Phuket hotels have reported strong bookings whilst the flights into and out of Phuket in July are the busiest this year.

You can follow Phuket’s weather in real time HERE.