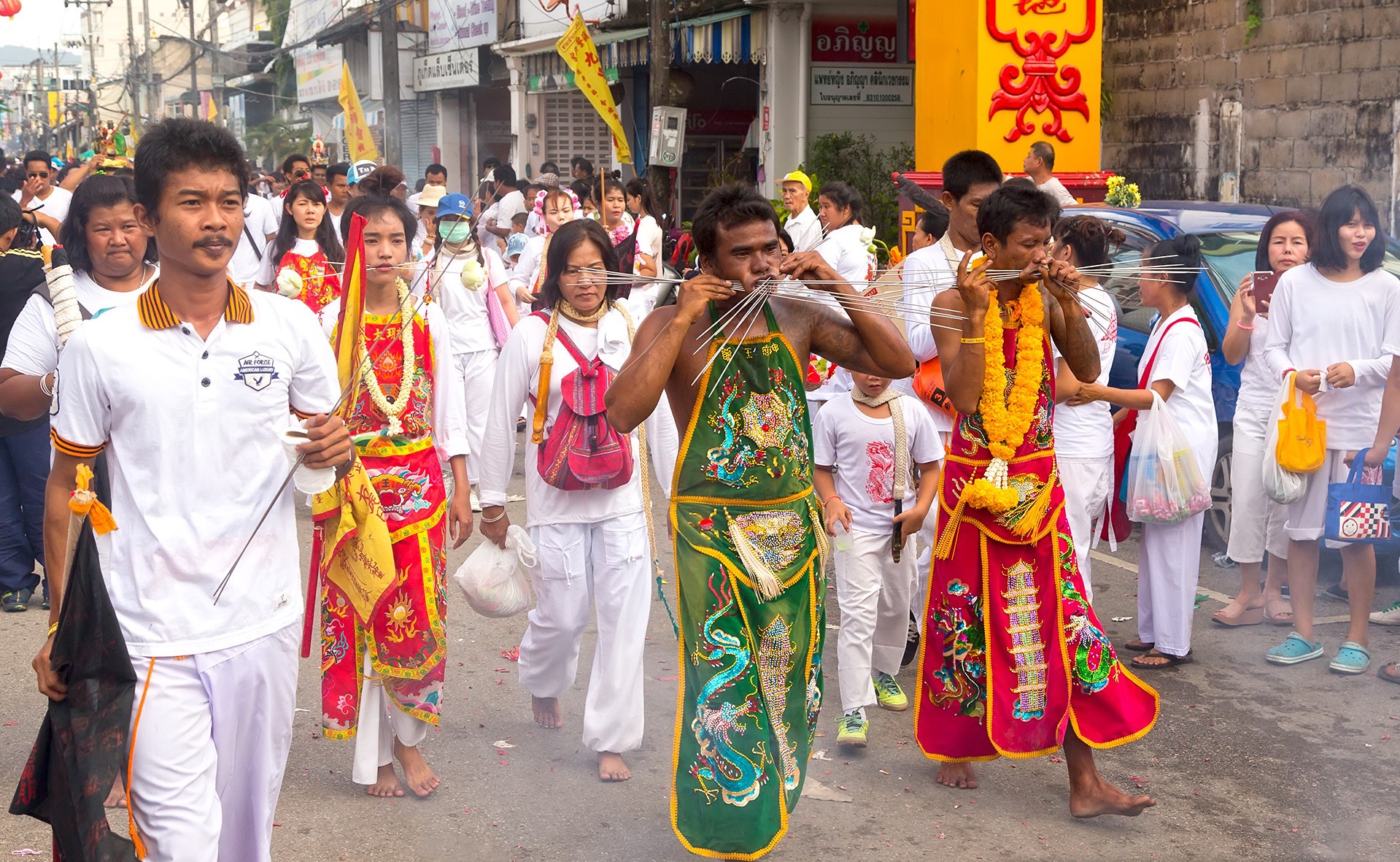 Phuket’s infamous Vegetarian Festival is back with a bang (or indeed, countless bangs – keep your nervous pets indoors), having been officially announced by provincial governor, Narong Woonciew. The highly-colourful and rather noisy event will take place over 9 days, from this Sunday, September 25 to Tuesday, October 4.

The event traditionally covers 10 days after Chinese gods are invited down to earth on the opening night.

Speaking to the media at a press conference held at the Jui Tui Shrine in the island’s Old Town, Narong officially announced the dates for the festival, which is also locally known as ‘Jia Chai’ in the largely ethnic-Chinese local community. The dates are based on the phases of the moon, with the festival taking place from the first to the ninth night of the waxing moon, according to the Chinese calendar.

In 2018, Thailand’s Ministry of Culture classified the Vegetarian Festival as “an Intangible Cultural Heritage” in the category of Social Practice, Ritual, Tradition and Festival, according to the report.

While the vegetarian festival is celebrated across Thailand, it’s particularly big in Phuket due to more than half the population being Peranakans, or of Chinese descent. For the duration of the festival, many shops on the island will display red and yellow flags, restaurants will adapt their menus to serve dishes made without meat, fish sauce, eggs or dairy, and worshippers will dress in white.

The more fervent devotees may indulge in self-mutilation, in the form of items impaled through their cheeks, arms, or legs and the slashing of body parts with swords and knives, not to mention standing dangerously close to fire crackers as they’re being lit.

This year will be the first time the festival can return to its regular format since the start of the pandemic. It did take place last year, but in a more stripped-back format, in line with the Covid-19 restrictions of the time.