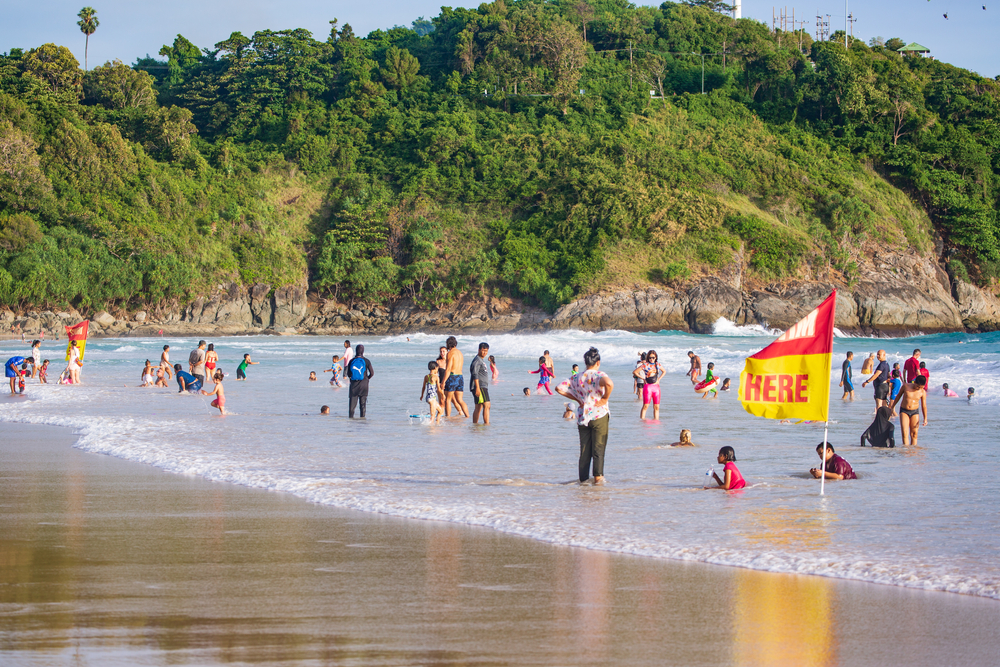 Tourism operators in Phuket are reporting an 80% increase year-on-year from January to October, with nearly 100 billion baht generated for the local economy. The Bangkok Post reports that tourism revenue for the period stands at 119 billion baht and the hotel occupancy rate averages 35%.

The island also ticked over 10,000 arrivals in one day, for the first time since the airport was closed to traffic in April 2020.

The southern island has welcomed 6.2 million travellers over the last 10 months, mostly Thais, including a 41% increase in the number of Thai tourists compared to the same period last year. Figures from the Phuket Immigration Bureau show that between May 1 and November 27, the island welcomed 934,164 arrivals. Of those, 914,746 were foreign nationals. Since the start of November, most foreign arrivals have come from Russia, India, Australia, the UK, and Germany.

However, the Phuket Tourist Association remains concerned about high airfares, with a one-way ticket from Bangkok to Phuket now costing up to 7,000 baht (although there are still many fares below 2,000 baht each way). This is a significant increase on the highest fares of 2019, which were between 3,000 and 4,000 for the same route (although fares as low as 800 baht each way were available on some days of the week at off-peak times).

PTA president Thaneth Tantipiriyakij says his association also plans to lobby the government about the issue of flights – or lack thereof. Thaneth is submitting a petition to PM Prayut Chan-o-cha, the Transport Ministry, and the Tourism and Sports Ministry, to urge them to consider ways in which to attract more flights to the country.

Prior to this month, Phuket Airport welcomed around 100 flights a day, despite a capacity of 480 flights a day. The number increased to 200 a day on Monday.