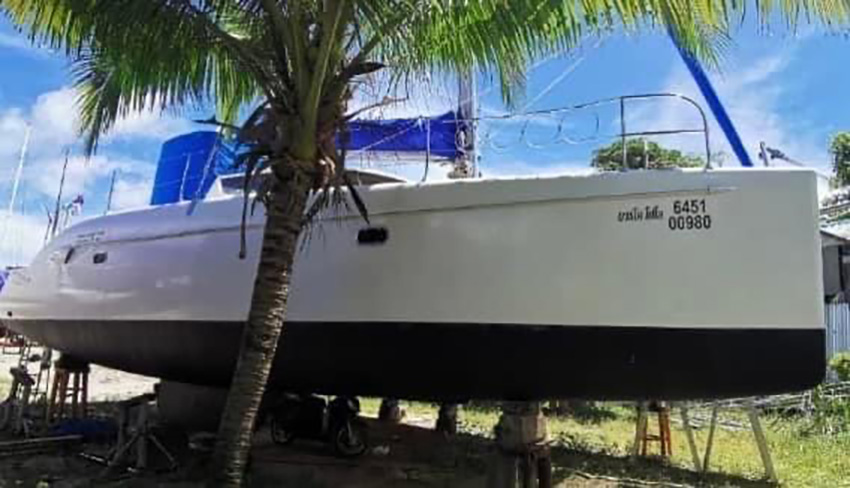 The hunt is on for a yacht that has gone missing from its mooring area in Nai Harn, Phuket. The owner of the “Marco Polo” yacht says the vessel went missing on December 28. According to a Phuket Express report, the boat was docked in Nai Harn at the time. (Other media have incorrectly reported that it was missing off ‘Chalong’ on the other side of Phuket.)

The German owner, Marco Ceferin, has notified Chalong Police and the Thai Maritime Enforcement Centre that when he returned to where his yacht should have been at around 11am on December 28, the boat was gone.

According to the report, a number of eye witnesses say they saw 3 people board the yacht at around 8am on December 28.

Anyone who has seen the missing yacht is requested to report the sighting to the Thai Maritime Enforcement Centre via the 1465 hotline.