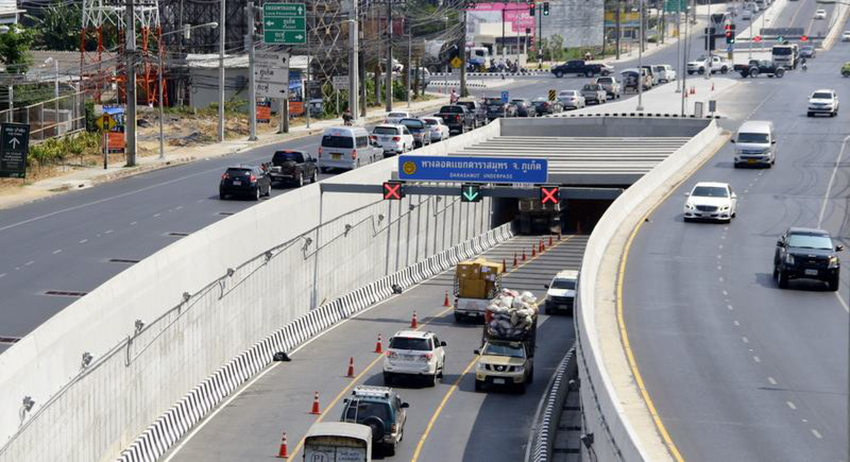 The Darasamut Underpass on Phuket’s bypass road will be closed for 2 days from today (August 2 & 3) to allow for the construction of a water pump inside the underpass. The underpass, which is located in front of Central Festival Phuket in between Phuket Town and Kathu, will be closed to traffic from 8.30am to 4.30pm on both days. In announcing the closure, the Phuket Highway Office apologised for any inconvenience.

The closure comes as the island experiences some extremely wet weather, even by low season standards. Phuket’s wettest months are usually September and October but it would seem there has been some record rainfall in July and kicking off August.

The annual celebration of Songkran, the Thai New Year on April 13, is usually timed to match both the end of the hot season and the start of the annual wet season. The festival centres around “water”, traditionally the gentle washing of Buddha images and the hands of the elderly. In most provinces, including Phuket, the start of the monsoon starts to build in the month or so later after Songkran and runs until November.

Monsoon rains tend to be short, intense bursts of rainfall. They could last for a few hours in the middle of the day, but they could just as easily be over within about 15 minutes in the morning or evening. But the torrential rain is always matched with warm temperatures so it can be more of a relief than a hassle.