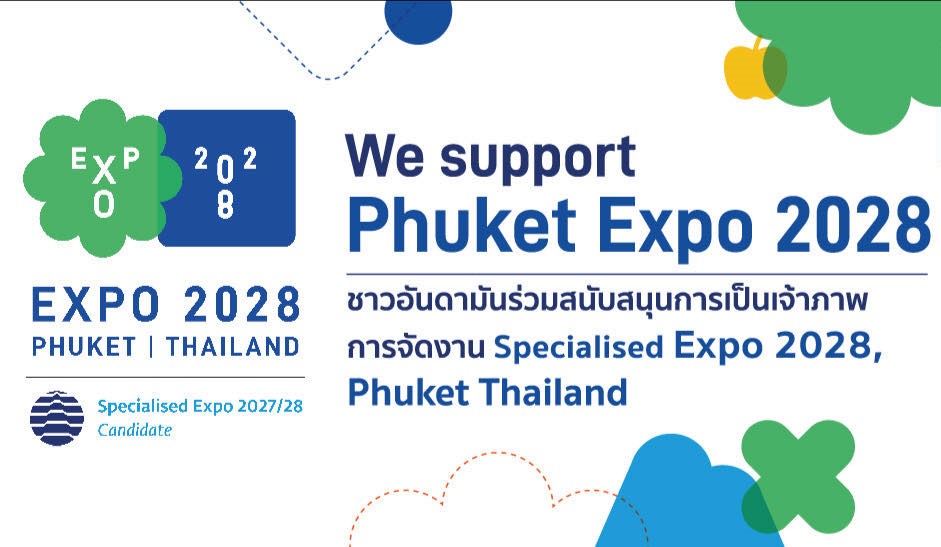 The location chosen to host the 2028 Specialised Expo will be announced later today, according to a Nation Thailand report. Thailand, specifically Phuket, is competing against the US, Spain, Serbia, and Argentina for the honour of hosting the event.

Thailand’s proposal to host the Expo in Phuket will be broadcast on the Southern MICE (Meetings, Incentives, Conventions and Exhibitions) Facebook page later tonight. Delegates visited Phuket during September as part of the island’s submission to host the 2028 event.

The chosen location for the 2028 Expo will be announced in a live broadcast from Paris at around 8pm.

“The proposed 22.56-hectare site on Mai Khao Beach at the northern tip of Phuket Island encompasses a sandy white beach, lush green forests, and exotic wetlands. It is part of a wider area reserved for the ‘Phuket World Medical Tourism City’ project, which was initiated to transform Phuket into a world-class centre for medical tourism and holistic healing. The selection announcement will be broadcast from Paris at 8pm.”

Nation Thailand reports that Phuket proposes to host the event at Vachira Phuket Hospital, under the theme “Future of Life: Living in Harmony, Sharing Prosperity”. The government’s proposal is in line with the 20-year national development strategy and the United Nations Sustainable Development Goals.

“This expo will generate revenue, create jobs and maintain the balance between social, economic, and environmental development. Apart from promoting Phuket as a medical tourism destination, this expo will also prove that Phuket is ready to organise other big events.”