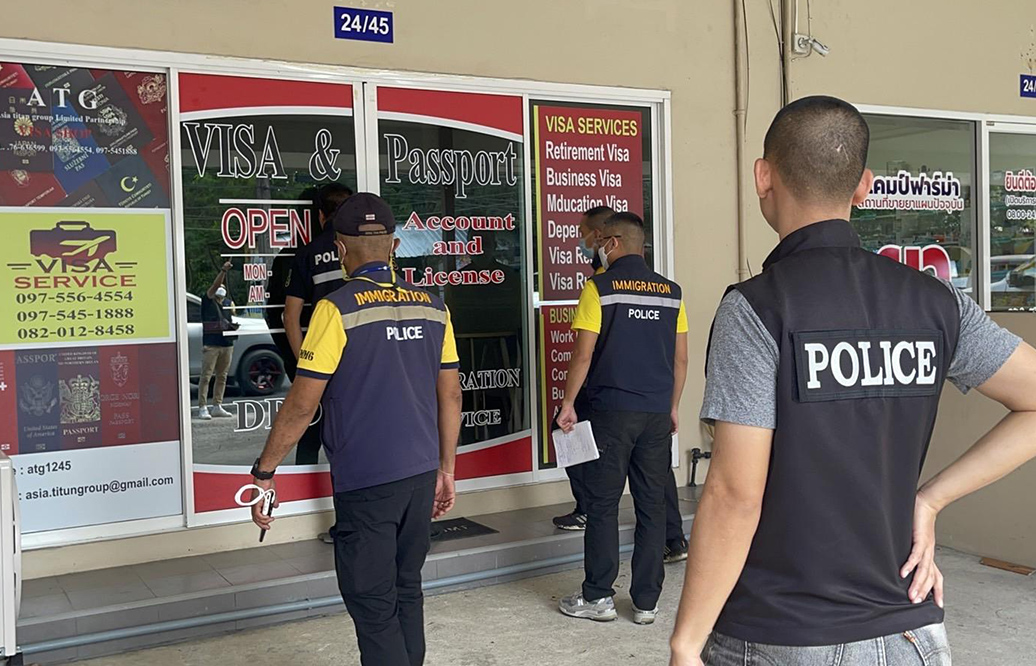 Local police and immigration officers have descended on the offices of a Phuket-based visa company in both Koh Kaew and Wichit districts yesterday that has been accused of alleged fraud. The move follows a meeting of foreigners caught in the elaborate scam yesterday to post a class action on the company and its directors.

Alleged victims told the meeting yesterday that they had been caught in an elaborate scam.

In a crescendo of posts by the victims, media, both in Phuket and other parts of Thailand, the visa company is being accused of defrauding foreigners seeking visa services, taking their money and then not responding with the promised services. In some cases, the foreigners were reportedly being lured into paying fees for a visa extension but later found out that they had overstayed their visa.

The company was set up in 2014 and has one foreign and three Thai directors.

More than 100 foreigners in Phuket are now seeking help from a non-profit organisation and legal advice over the matter.

Officers went to a house yesterday afternoon in a housing estate in Koh Kaew, as well as a commercial building in Soi Thep Anusorn Wichit. Both locations shared the same company name and details but no one was waiting at either premises to answer the door.

Residents in Soi Thep Anusorn told Phuket police that the company had only been open and operating for about 3 months despite the company being operational for 8 years.

Yesterday’s meeting of foreigners at a restaurant in Chalong appointed a lawyer to sue the company and directors and is now collecting evidence from the foreigners affected in Phuket as well as many more alleged victims from around Thailand.