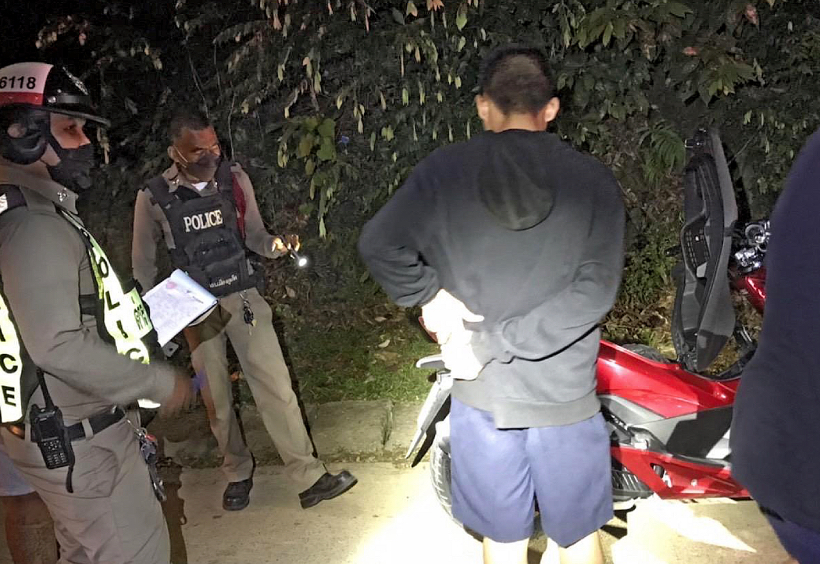 Pickup trucks have caught on video racing around Phuket roads over the past week. Now Phuket Traffic Police are hunting down the pickup trucks and their drivers that were caught on video. Multiple pickups were racing on road in Phuket. Of course the video went viral on local social media.

The clips shows the pickups racing around at speed, making lots of noise and and black smoke whilst racing near an intersection at Saphan Hin, east of Phuket Town. The video was shot on the night of November 10.

Police are now using the video to identify the registration plates and people involved and the provincial police promise they will be prosecuting everyone invobved.

Police have also been tracking down motorcycle racers in the area as well for “making a public nuisance”. The Phuket Express says that five drivers were caught with drugs and weapons as police intervened on the same night. Those caught were taken to the local police station for formal charges to be laid.