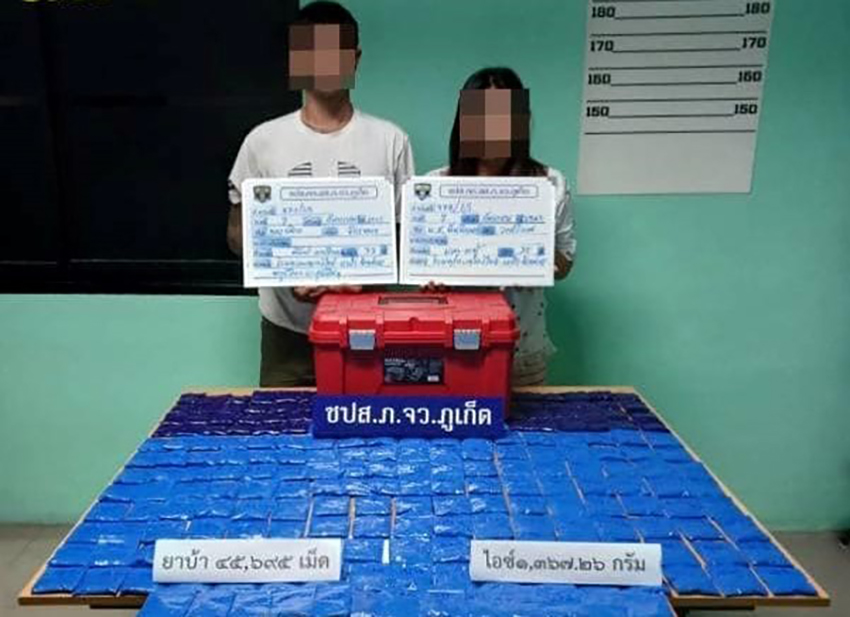 A Phuket couple has been arrested in possession of over 1.3 kilograms of crystal methamphetamine and over 45,000 methamphetamine pills (aka “yaba”). The Phuket Express reports that the suspects have been named only as 33 year old Mr Top and 31 year old Ms Ket.

It’s understood they were arrested yesterday at a property in the eastern sub-district of Rassada, near Phuket Town. In total, arresting officers confiscated 1,367.26 grams of crystal methamphetamine and 45,695 methamphetamine pills. Police also seized a handgun and 55 bullets.