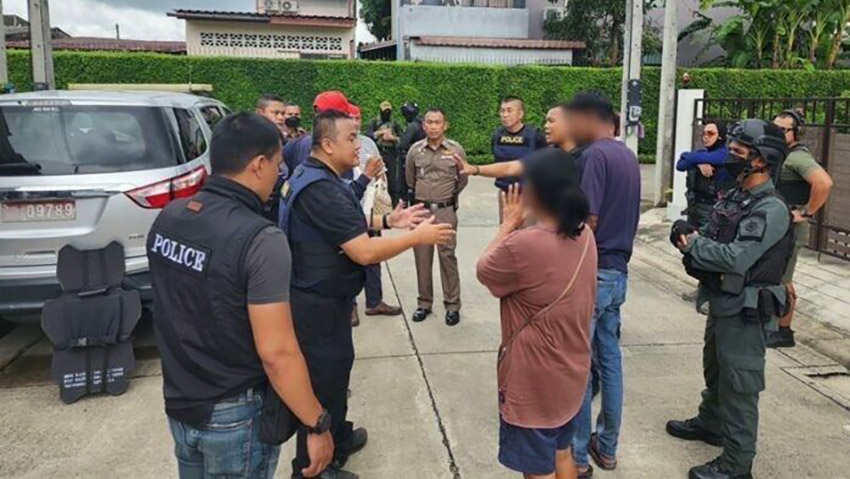 An off-duty policeman, who was arrested for wandering erratically around a Phuket housing estate while brandishing a gun, has tested positive for drugs. Police Corporal Korn, a 27 year old officer with Phang Nga Police, was arrested after a 9 hour standoff at a housing estate in the Thalang district on Monday.

Local residents had notified police after the off-duty officer blocked the entrance to the estate with a pickup truck, then began wandering around brandishing a gun, and finally hid in his house, refusing to come out. Following his eventual arrest, Pisit Chuenpet, chief of Thalang Police, said Korn was upset after an argument with his girlfriend.

According to a Phuket Express report today, Korn was subsequently tested for drugs and found to have traces of narcotics in his system. However, the exact type of drug he was on has not been confirmed, with Sermpan Sirikong, chief of Phuket Provincial Police, saying more tests are needed.

“We have conducted a urine test for Corporal Korn which shows he was positive for drugs. However, we have to conduct more tests to see which drug specifically he took before we press additional charges. We have already reported the incident to his police boss in Phang Nga.”