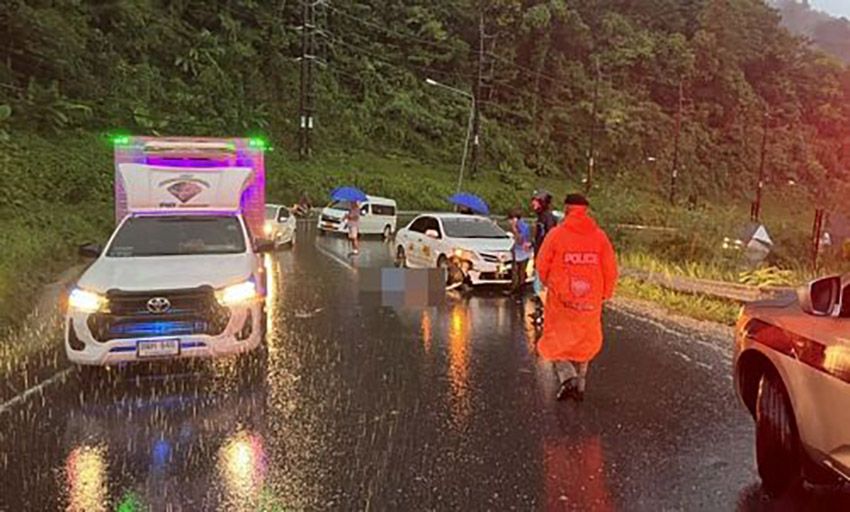 Phuket’s roads have claimed another victim, with the death of a 69 year old Polish motorcyclist in Kamala. The Phuket Express reports that the man died after the motorbike he was riding collided with a taxi on the Patong Road in Kamala.

Emergency workers arrived on the scene to find the tourist lying on the road with severe head injuries. Beside him was a damaged motorbike. The injured man was transferred to a local hospital but later pronounced dead. Also waiting at the scene was the taxi driver and his damaged vehicle. He has been named as 45 year old Wirayut Thongpaen.

Police have launched an investigation to determine the cause of the accident and to confirm if further legal action is needed.