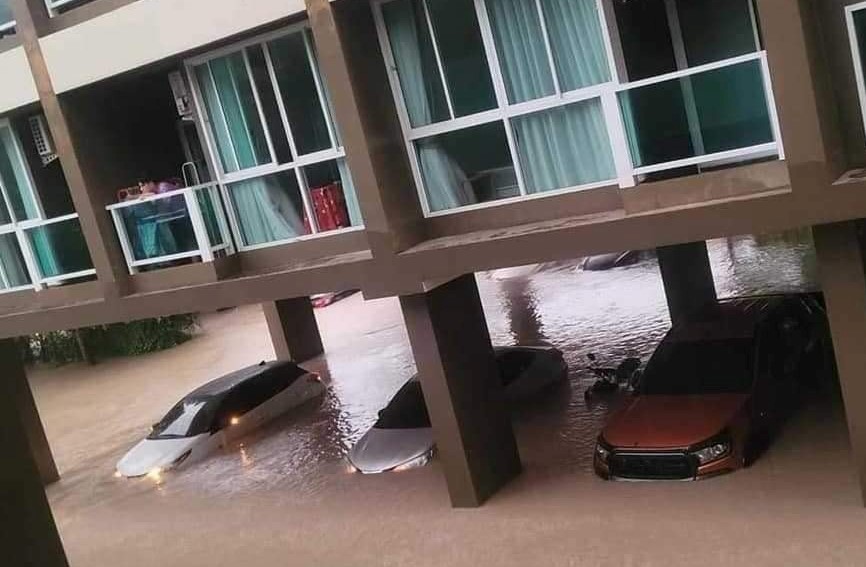 Following torrential rain that caused widespread flooding in parts of northern Phuket, Thailand’s Defence Minister (and suspended PM), has ordered military assistance for the affected areas, notably around parts of the Thalang area, including the Phuket International Airport and adjacent areas, and further up the coast in Mai Khao.

With his former deputy, Prawit Wongsuwan, now serving as acting PM, Prayut Chan-o-cha was acting in his capacity as Minister of Defence when issuing the order to the Royal Thai Army.

The military has been sent to assist victims in the northern sub-district of Mai Khao, where Friday’s heavy rainfall led to widespread flooding, damaging property and vehicles that ended up underwater.

The army was ordered to deploy water pumps to drain the rainwater from areas around Phuket International Airport, which also sustained heavy flooding. Entire stretches of Thepkasattri Road were closed off during the peak rush hour and school run period on Friday, but the water had begun to subside later that morning.