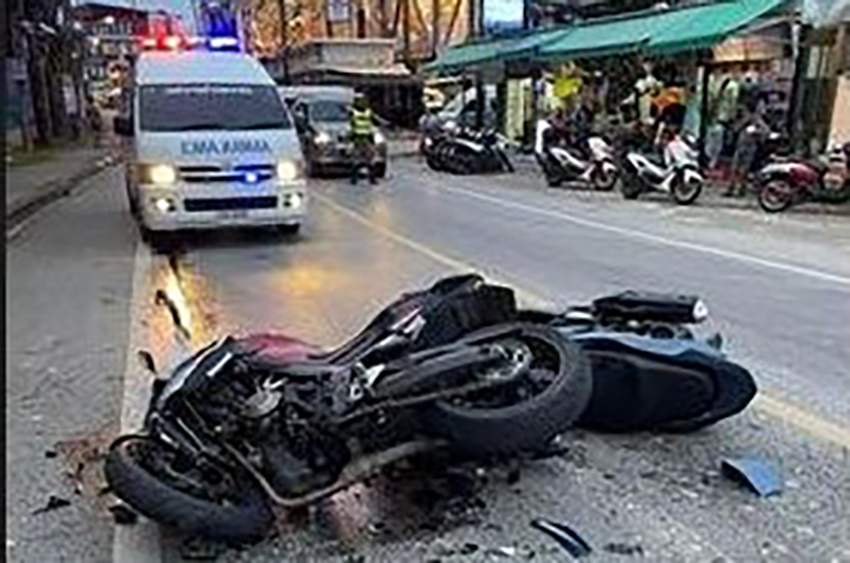 A collision between 2 motorbikes in Kata, in the south of Phuket, has injured a Russian man and a Japanese boy. The Phuket Express reports that the Russian was driving one of the bikes and the Japanese boy was a passenger on the other bike, which was being driven by his father, who was uninjured.

According to the report, the accident happened on Tuesday evening. Emergency workers arrived on the scene to find the 2 injured people, with the damaged bikes on the road.

The Japanese boy has been taken to hospital for treatment, but the Russian man, who had minor injuries, did not want to go to hospital. Officials have not named the 3 people involved in the incident at this stage.

Police are reviewing CCTV footage to determine the cause of the incident.