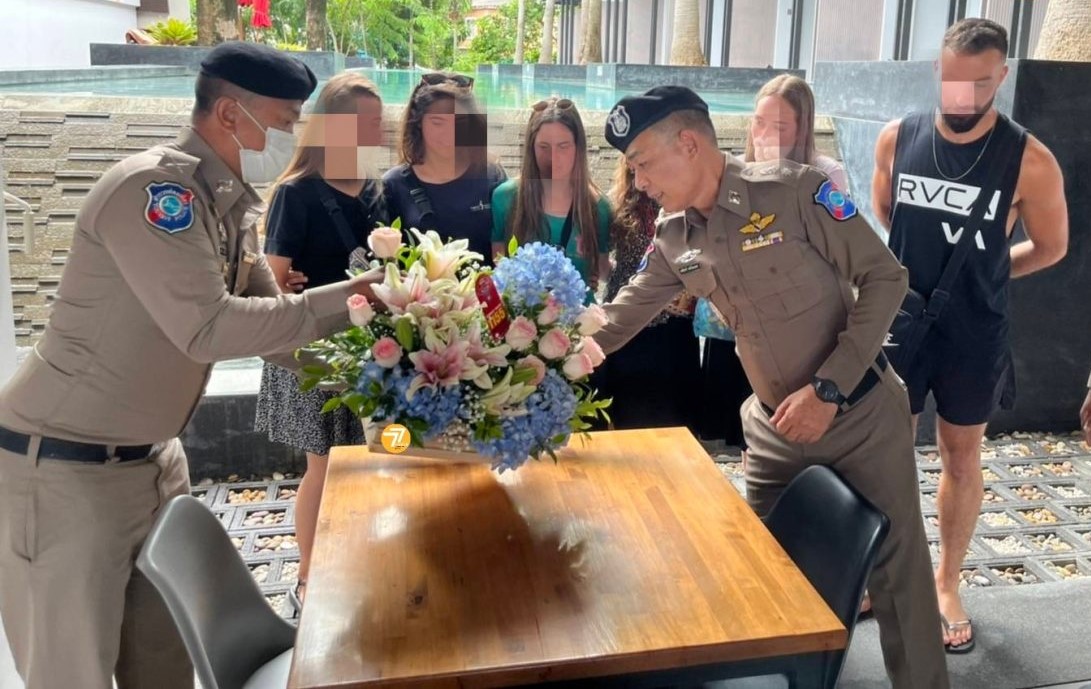 As soon it was reported that 4 foreign tourists had been dragged into an embarrassing squabble between Phuket taxi drivers, the damage limitation machine kicked into overdrive. Efforts quickly got underway to track down the 4 tourists and apologise.

The saga began last Friday morning at Phuket’s Rassada pier, when the tourists arrived off a ferry from Koh Phi Phi and got into a minivan they’d pre-booked through an app. No soon had they buckled up than their minivan was stopped by a representative from another transportation company that regularly operates a service from the pier. The tourists were ordered off the minivan and their driver was told he didn’t have permission to pick up from there.

Read about the apparent ‘misunderstanding’ HERE.

A dispute ensued, all of which was captured on video, with the clip going viral on social media. The drivers from both companies were summoned to explain themselves to Phuket Police and ultimately, the whole thing was dismissed as yet another misunderstanding. However, concerns lingered over the potential damage done to Phuket tourism, which is just beginning to recover from the fallout of a 2-year pandemic.

So began efforts to find the no doubt bemused tourists and make a big song and dance of publicly apologising to them. The 4 were eventually tracked down to Koh Samui, where it’s likely they were just trying to get on with their holiday. Once found, they were presented with floral bouquets by the Samui Tourist Police. The tourists were also given an apology and told it had all been a terrible misunderstanding.

The officers also stated that such incidents should be reported to tourist police via the 1155 hotline or the “Tourist Police I Lert U” app, rather than being reported on social media. According to media reports, the tourists were grateful for the apology and have promised to return to Thailand in the future.