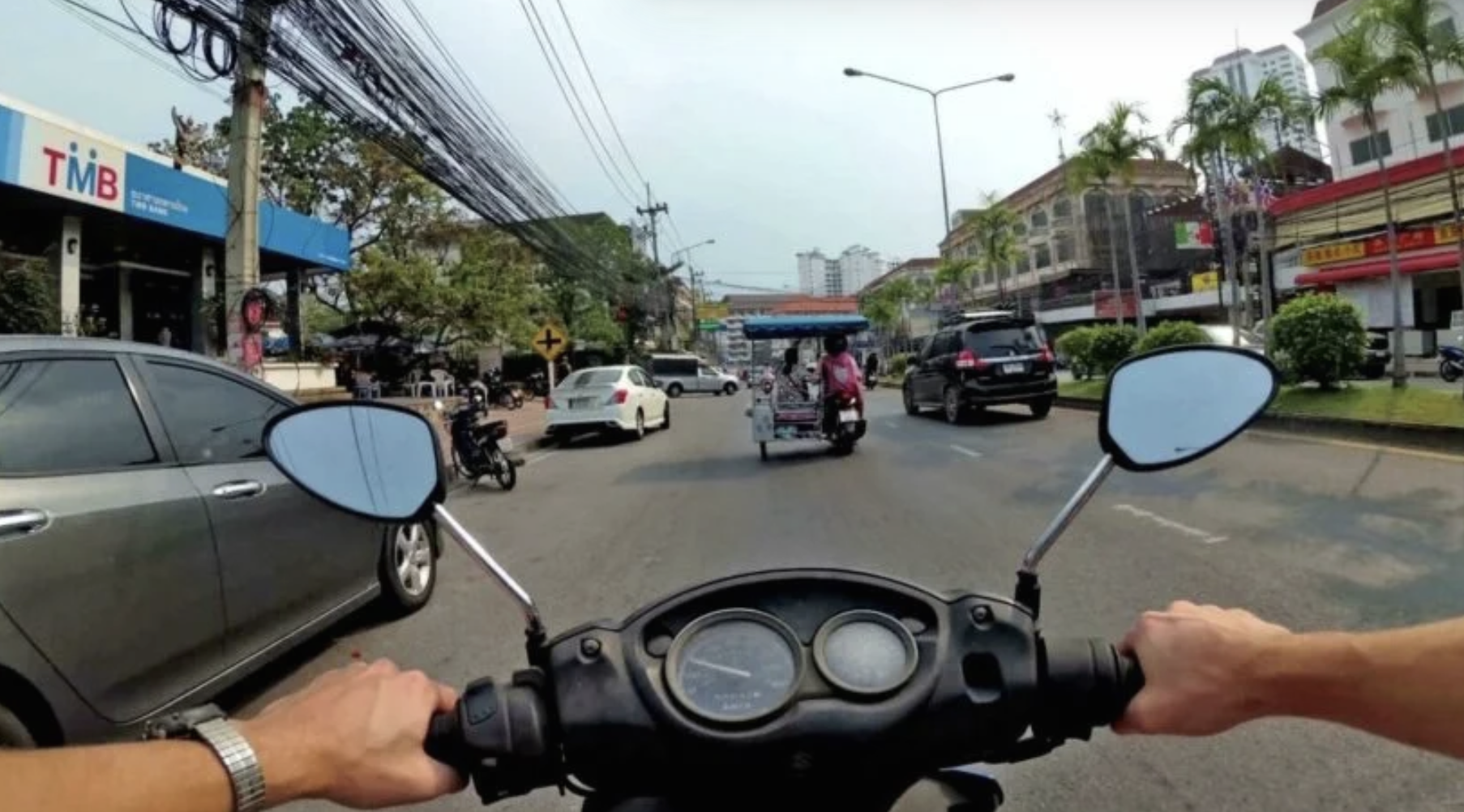 Beware of the latest scam to not only remove money from your pocket but also put you in a potentially precarious position with insurance and Thai traffic laws.

The Department of Land Transport Office in Phuket is warning people about illegal driving licenses that are being offered on social media.

Current delays for booking in for driving tests and licensing in Phuket – up to three months – is forcing some people to look at an alternative to procure a license so they can drive in Thailand.

The posts guarantee a “100 percent legal driving license” with “no need to go to the Land Transport Office” It also states that you don’t have to take any exams, test or other qualification requirements.

Even taking a few shortcuts, everyone is required to attend a series of videos and lectures, all in Thai language, do a multi-question exam and a basic driving test. People with an exiting, current, driving license from their home country can get issued with a Thai license but still have to visit a Land Transport Office for the paperwork and new plastic license.

This scam claims a cost of only 2,000 for a motorbike driving license and a mere 3,000 for a car license. 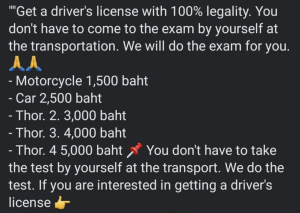 But officials from Phuket Land Transport Office have made it clear they are not involved in the posts or offers of cheap or instant licenses.

“That is a scam. We have filed a report to the Phuket City Police and are trying to find those responsible. Any license got through this process would be fake or you would lose money to scammers.”