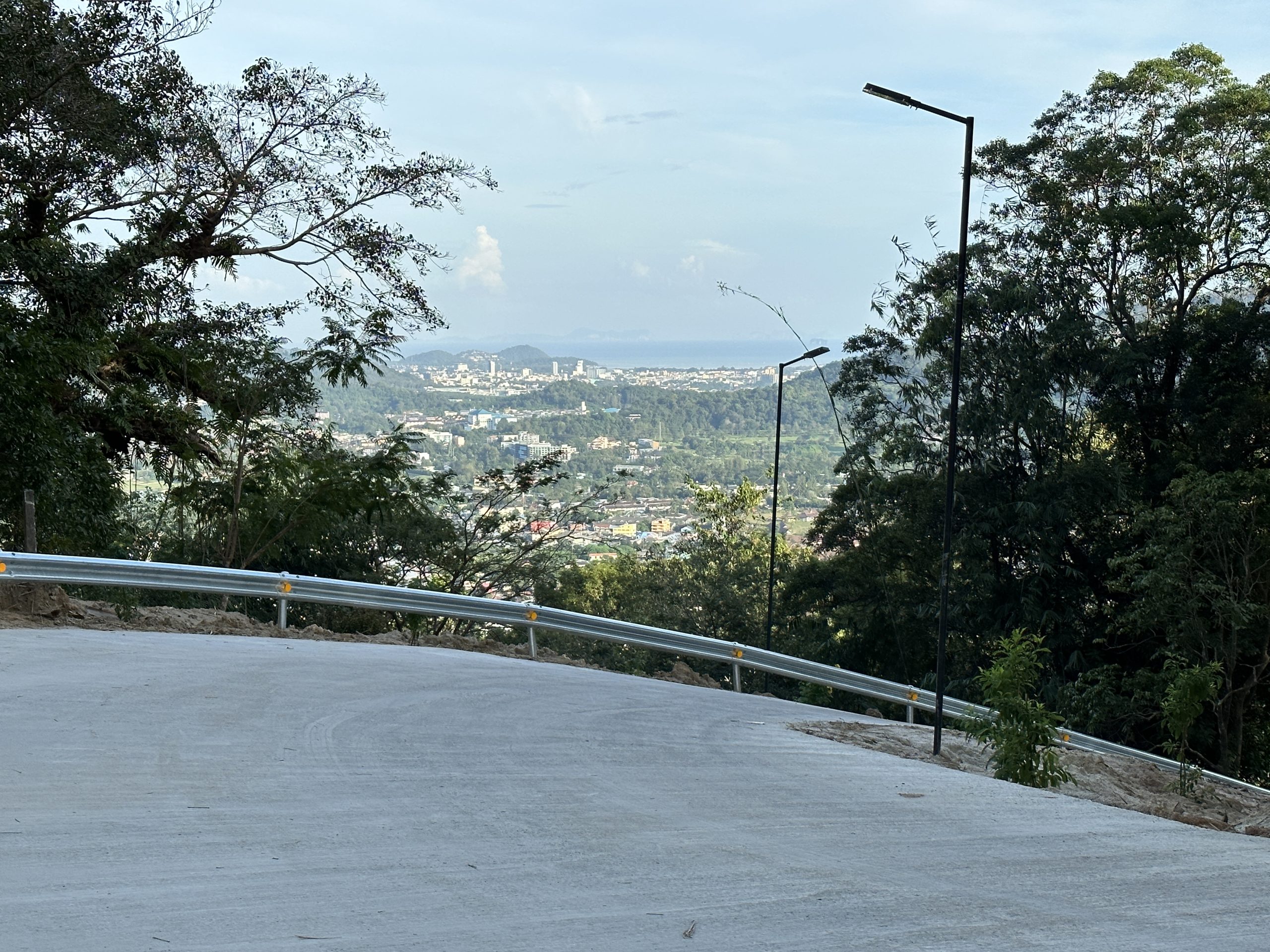 Once there was only one road from the east side of Phuket to Patong – over the area called Patong Hill on the infamous and windy road from Kathu and into Patong. But part of that road collapsed in the middle of October due to torrential rains and has been under repair ever since.

Now a second road, this time from Chiang, is nearing completion.

Last week an alternative road, funded mainly through Patong business people and co-ordinated by Pisona Group, was opened up. It partly follows an existing track up the hill and was then extended and repaved as a viable (if very hilly) alternative road from the Kathu side of Patong Hill. The route is now nearly 3 kilometres long and includes a stunning view across Patong.

A third road, this time from Chalong, into the southern end of Patong, is also getting closer to completion.

President of the Provincial Administration Organisation, Rewat Areerob was inspecting the roadworks this morning, starting behind the Khlong Katha dam in Chalong, one of the three main dams for the island’s water supply. Whilst the roadworks have advanced the completion is still several weeks away.

“This road was constructed to prevent landslides in the future and provide another opportunity to travel from Chalong to Patong.”

Road repairs to the existing Patong Hill road, while now open for one lane in each direction, are scheduled for Christmas Day. The repaired road includes now foundations, proper irrigation, less windy sections and extended another 4 metres in width.