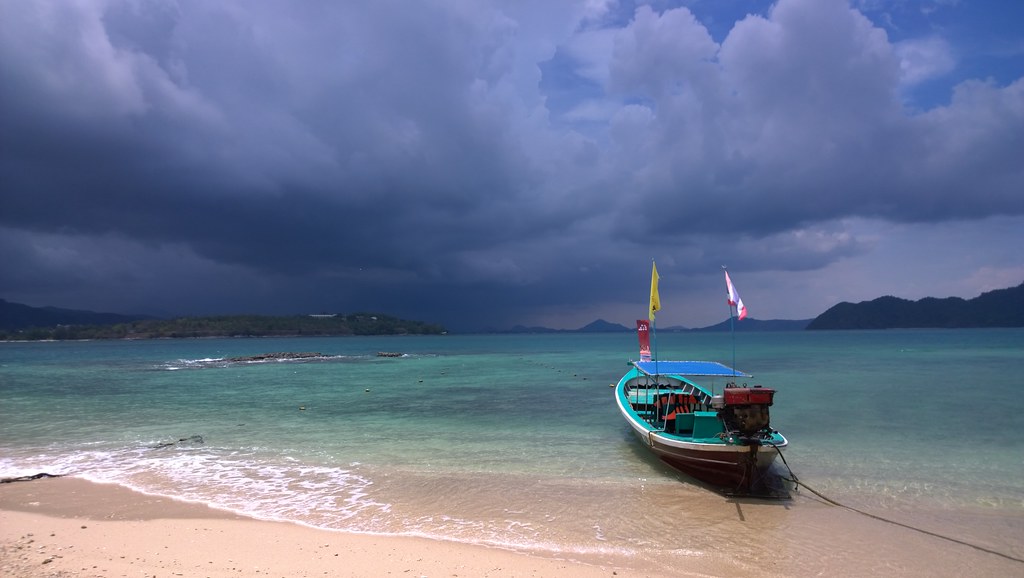 A total of 11 provinces in the south of the country can expect “some very heavy rain” from today and lasting until next Wednesday. That’s the forecast from the Thai Meteorological Department, with additional warnings of potential flash floods and river overflows. The conditions are the result of the strong north-easterly monsoon over the Gulf of Thailand and the south.

The following provinces are all in for some heavy rain starting today and lasting until Wednesday: Nakhon Si Thammarat, Phatthalung, Songkhla, Pattani, Yala, Narathiwat, Trang, and Satun. Meanwhile, Surat Thani, Phuket and Krabi can expect wet weather from Monday until Wednesday.

But our resident Phuket GO weather forecasters (we publish the weather every morning HERE) don’t believe the rain will be as heavy in Phuket as forecast. Our forecast suggests there could be some rain showers tomorrow afternoon around 4pm and slightly later on Sunday afternoon.

According to the TMD forecast, residents near mountain bases and in low-lying areas are being warned of the risk of flash flooding and overflows, according to the TMD. There are also strong winds and rough seas forecast for the Gulf of Thailand, with waves of up to 2 metres in height in the northern Gulf and between 2 – 3 metres high further south.

“Waves may reach over 3 metres in height during storms. Small boats are advised to remain ashore and larger vessels are being told to proceed with extreme caution, avoiding areas with storms.”

Another mostly sunny day but a possible interruption mid to late afternoon with a band or rain. Moderate northerly winds will veer north easterly during the day, making any activities offshore pleasant. ‘Moderate’ air quality today although, at a reading of ’57. very close to ‘good in our iqair.com reading. There was a patch of rain, heavy in some locations around 6.30-7pm last night.

On the weekend there could be some early evening showers, but only brief, as we look forward to a generally fine and hot Phuket Saturday and Sunday.