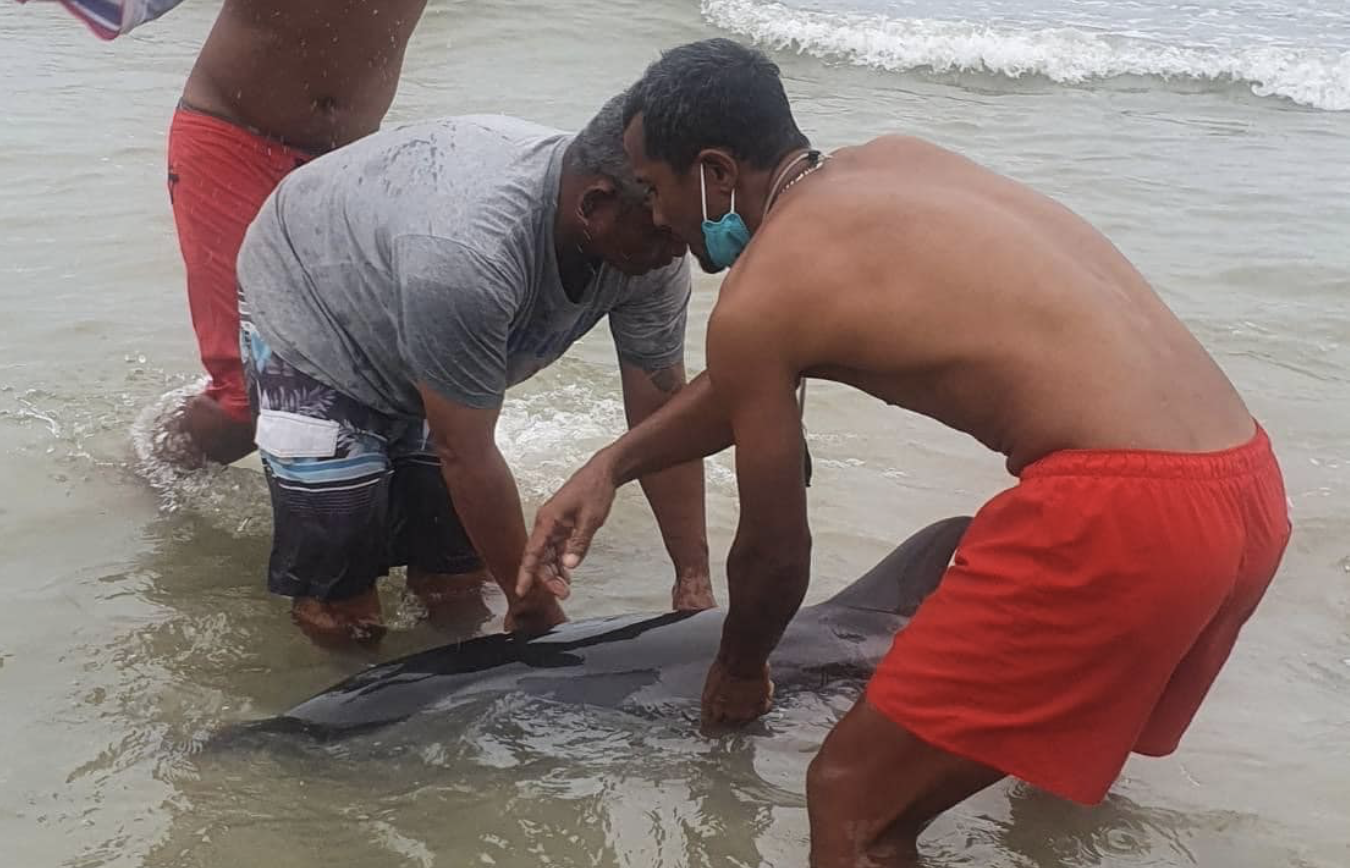 The small striped dolphin rescued on Patong beach after being found washed up ashore has died just a few hours after the rescue. The dolphin was found near the Coral Beach bridge on Thaveewong Road (south end of Patong Beach Road) in Patong on July 17.

The duty lifeguards and Patong police contacted specialists from the Phuket Marine Biological Centre to help the dolphin and bring it to the centre.

There was a wound on its tail and the medical team tried their best to save its life but the dolphin was suffering from distress and  stroke since it was found. The medical team will make an autopsy to try and discover more information about how it ended up on the beach.