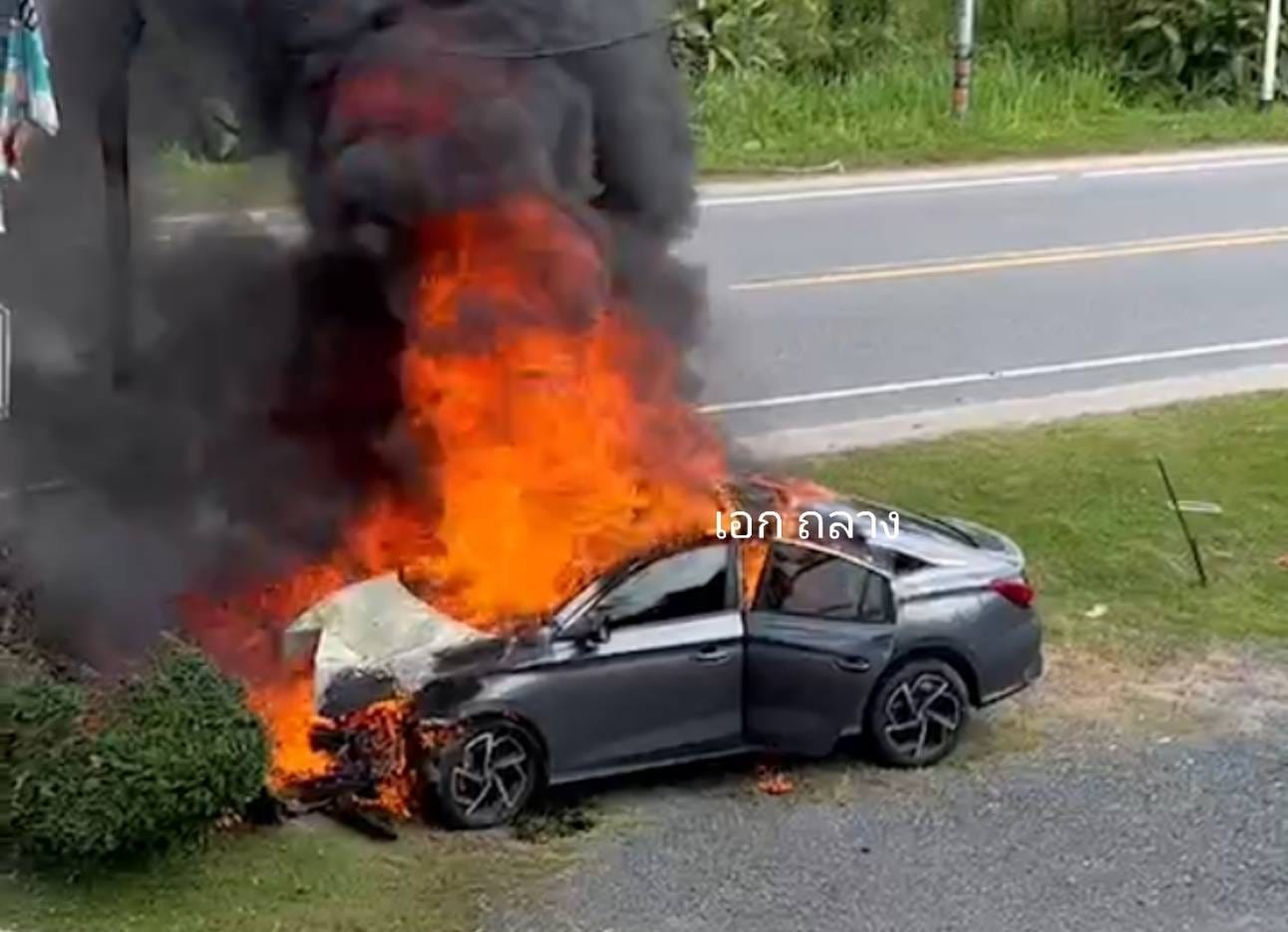 A Swedish man was saved from a burning car by a passerby, after the vehicle he was driving crashed into a signpost in Phuket. The Bangkok Post reports that the collision happened at around 5.30pm on Sunday evening, in the sub-district of Cherngtalay, in the northern end of the island.

When police arrived at the scene, they found an MG car in flames, having crashed into a road sign near Soi Pasak 1. Officers cordoned off the area and it took firefighters 20 minutes to extinguish the fire.

The driver of the car has been named as 47 year old Christoffer Mattias Hans Ottoson. It’s understood he sustained a broken arm in the accident and was also bleeding from his nose. He was helped from the vehicle by a passerby and then taken to hospital.

The passerby has been named as 53 year old Phan Faikaew. He told police he saw the car leave the road and crash into the signpost, then saw flames coming from underneath the vehicle, so rushed to get the driver out.

It’s understood Phan also collected paperwork and cash from the car and gave them to the driver, who was still conscious. Phan says just after he got the man out of the car, it burst into flames. The vehicle has been totally destroyed. 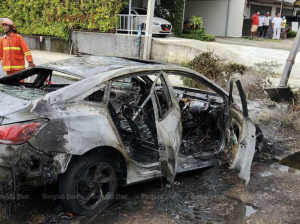