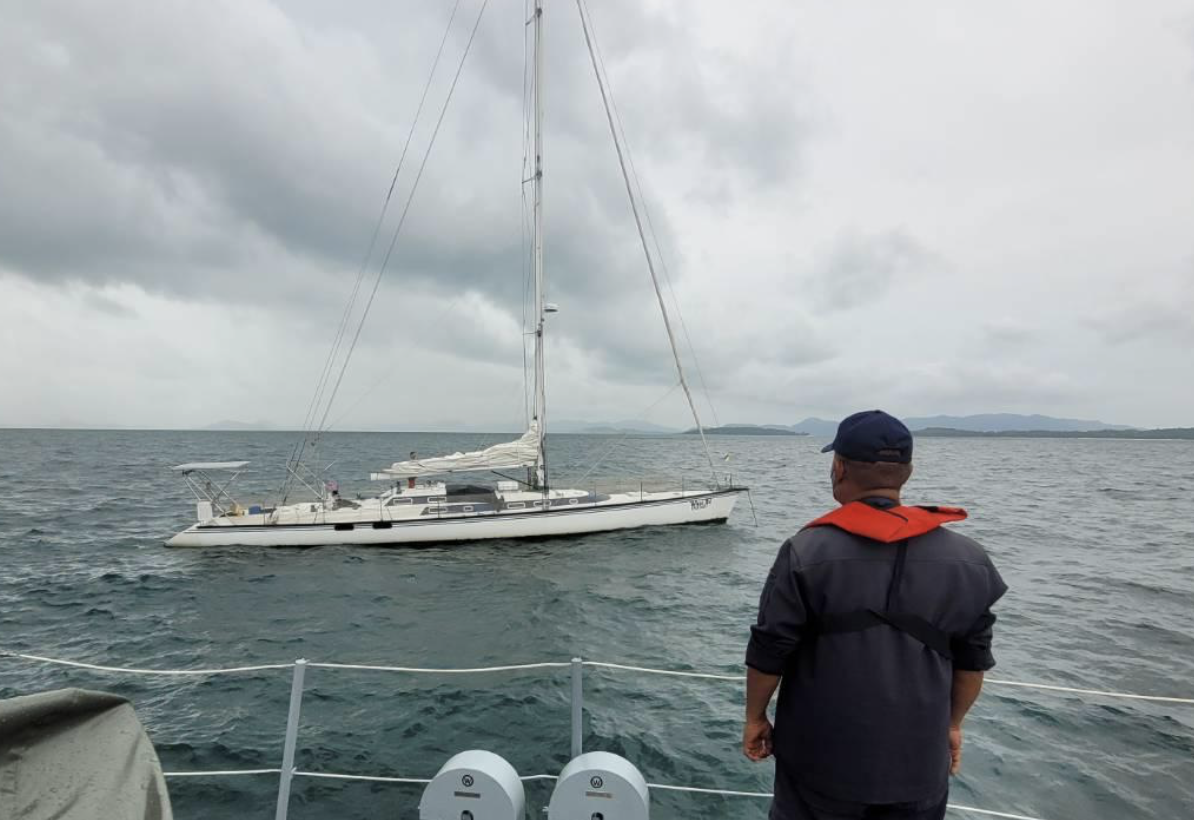 The Royal Thai Navy have come to the aid of Swiss man and daughter whose 18 metre yacht got into trouble off Koh Naka Yai in Phang Nga Bay off Phuket’s east coast.

The Navy was notified on Monday and went in search of the yacht in distress. The Navy found the vessel off the coast of Koh Naka Yai off Thalang. But the Navy vessel reported that they were initially unable to go to the stricken yacht due to the strong winds and choppy seas off Phuket.

Eventually they were able to approach the yacht safely.

Phuket and the Andaman Sea have had rough seas and poor weather conditions for the past week due to some strong south west monsoons at this time.

The Navy reported that the captain, referred to as “Mr. Oliver” from Switzerland and his daughter were safe but the engine on the vessel had been over-heating.

He refused offers to tow the boat to shore, requesting a mechanic to come and service the engine whilst at sea.

“My yacht engine was overheating before it broke down. The yacht could not move and was completely stuck.”

He was told it could take up to two days for the mechanic to complete the repairs but Mr. Oliver insisted the boat had adequate provisions and was OK to wait.

They told the Royal Thai Navy crew that they would continue on with their journey after the repairs. 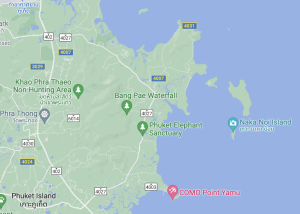