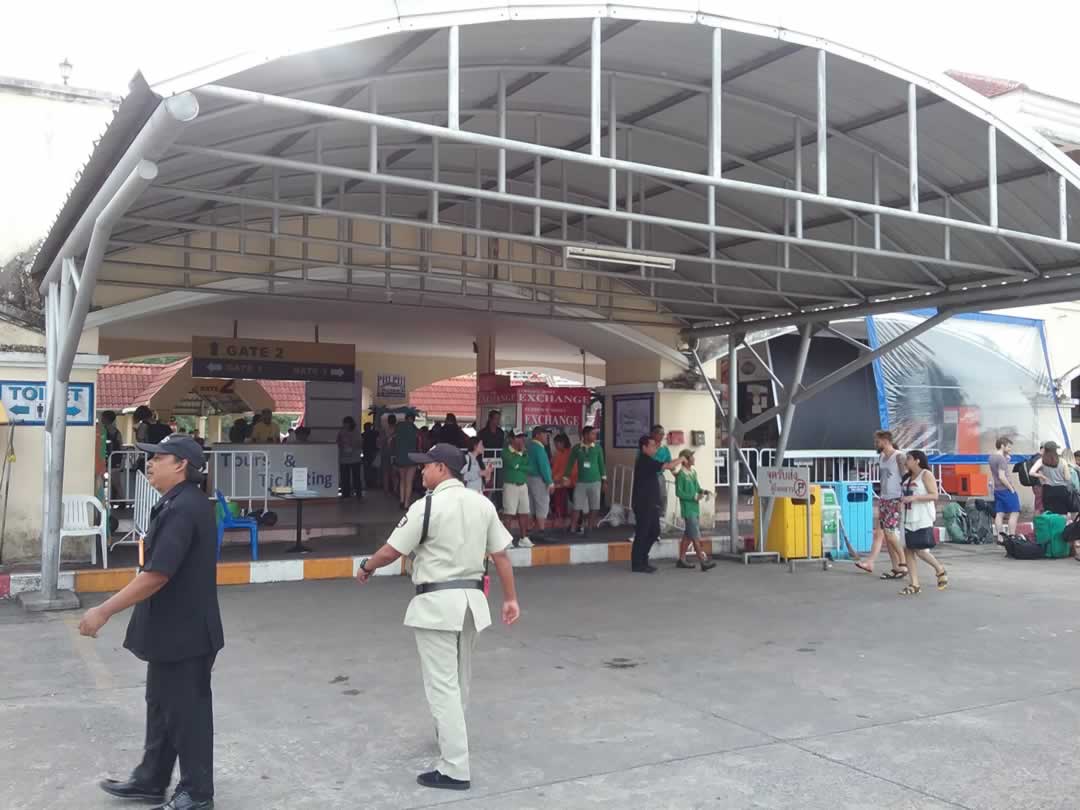 It was all a misunderstanding. According to The Phuket News, police have decided that the argument between drivers at Rassada Pier in Phuket Town last Friday was the fault of both sides.

Four tourists were forced to get out of a van to use another transport service after a heated exchange between drivers.

The 45 year old van driver, according to adjudicating police, had “every right” to pick up the tourists at the pier. He had been booked via a ride-hailing app.

On the other hand, police say, the 37 year old driver who prevented the van from leaving with its passengers was also within his rights.

Mr. Ekachai Decha worked for a taxi company with a contract to service the Rassada Pier, called Ratsada VIP.

Whilst the concession gave them the rights to service arriving passenger from Satrap Ferries, passengers also had the right to book a service via a ride-hailing app.

The same situation exists at the Phuket Airport where companies make payments to the airport for a perceived ‘exclusivity’ but ride hailing apps can still be used (although, in that case, the passengers have to take the 2 minute walk to the main road to catch their ride).

Meanwhile, police say there could still be legal action taken against the van driver for accusing the Ratsada VIP driver for being a ‘mafia’.

Phuket has a well developed taxi and tuk tuk driver cabal (often described as the ‘taxi mafia’) which maintains controls over zones and pricing and vehemently opposes any progression in local public transport policy or modernisation.

Police are also trying to contact the four passengers to get their side of the story. It is believed that the fee they had been quoted on the app, for the van transport, was a lot less that what they eventually were forced to pay following the ‘intervention’. The investigation is currently ongoing.