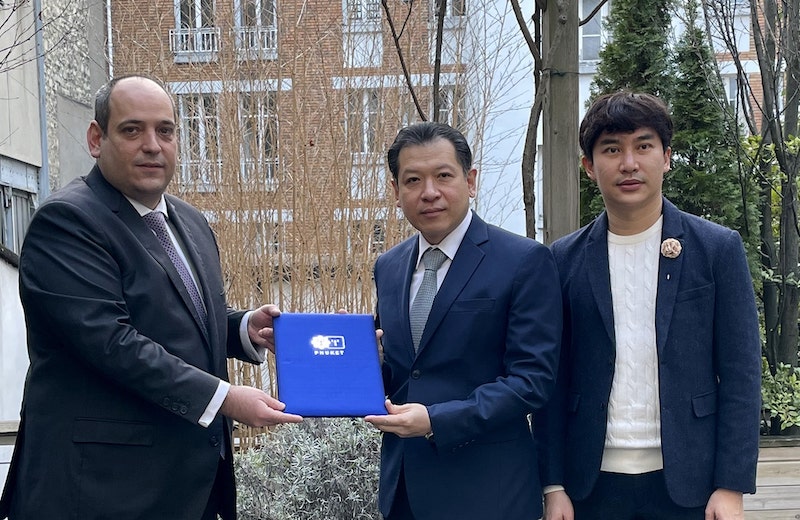 A host of government officials are jetting off to Paris in support of Phuket’s bid to host the 2028 Specialised Expo. According to the Bureau of International Expositions, the intergovernmental organisation that oversees World Expos, the aim of the annual global event is to respond to a particular challenge facing humanity. Phuket is proposing to host the event under the theme, “Future of Life: Living in Harmony, Sharing Prosperity”.

According to a Bangkok Post report, Thailand’s health minister, Anutin Charnvirakul, will lead a delegation of officials to Paris in support of Phuket’s bid. Accompanying him will be officials from his own ministry, as well as the Foreign Affairs Ministry, the Thailand Convention and Exhibition Bureau, and Phuket provincial officials. They will meet with the Bureau of International Expositions in Paris and attempt to sell Phuket as the ideal location for the 2028 event.

Phuket is competing with the US (Minnesota), Serbia (Belgrade), Spain (Malaga), and Argentina (San Carlos de Bariloche), to host the event. The Thai government is pushing Phuket’s bid as part of plans to promote the island as an international medical hub and a destination for global medical tourism. According to government spokesperson, Traisuree Taisaranakul, Thailand submitted Phuket’s bid on January 7, with the winner expected to be confirmed in June 2023.

Should Phuket be successful in its bid to host the event, Traisuree expects it to take 4 years of planning and organisation, with the event taking place between March 20 and June 17, 2028. It’s expected to attract nearly 5 million Thai and foreign visitors and to provide a valuable marketing tool for a number of sectors.