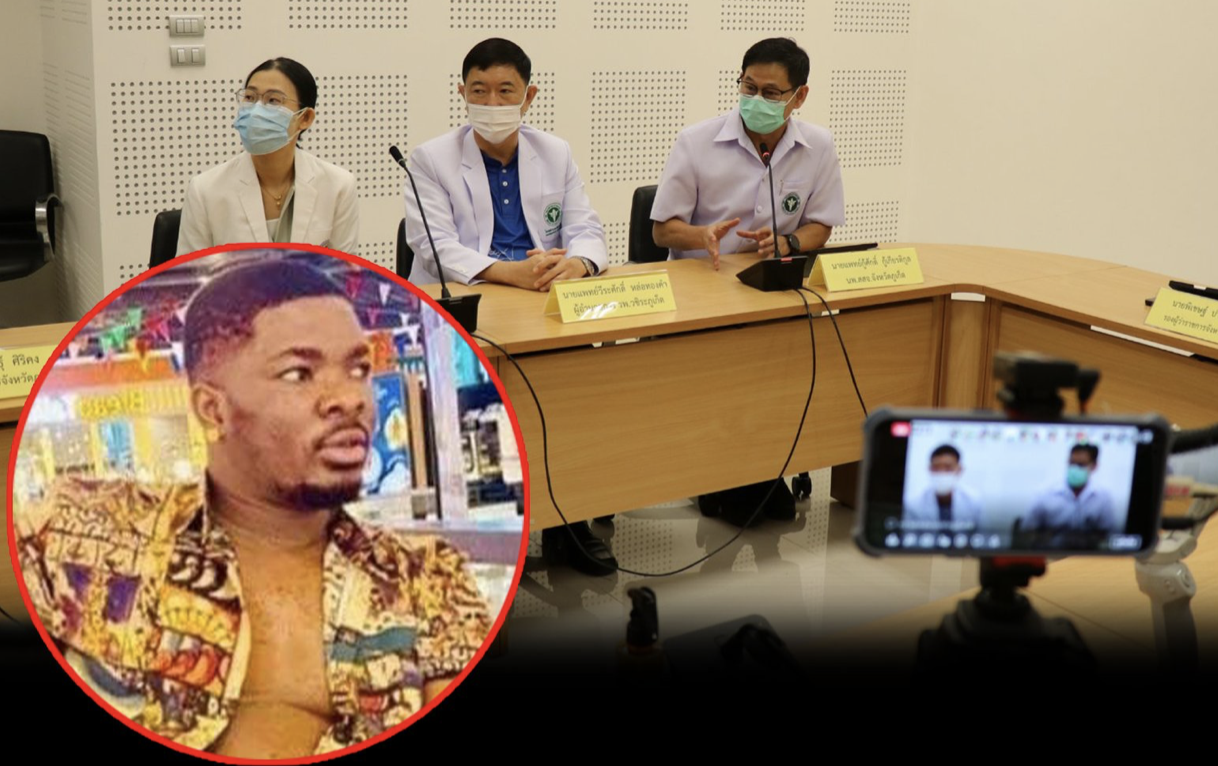 Thailand’s first recorded monkeypox case, detected after checking in at a private hospital in Phuket, has escaped from a Patong hotel where he was meant to be isolating. His way of ‘isolating’ has so far resulted in Police checking 142 people he came into contact with over the past week.

The 27 year old Nigerian man has been missing since July 19, police only have this CCTV photo of him driving away in a “white car” (looks like a white Honda HRV). Island officials are currently trying to find the man but his whereabouts remain unknown.

The man was staying at the Patong Princess hotel when he went missing. On Wednesday at 9.30pm, he left his hotel keys on the front desk and left.

The 27 year old Nigerian man started presenting with symptoms on July 9. He was tested on July 16 at a private hospital in Phuket and was told to isolate at his apartment at DCondo in Kathu. 2 days later he received the positive results.

Hospital officials went to the DCondo to pick him up for treatment but he wasn’t there. He had checked into a hotel in Patong on July 18 He had paid with cash and booked to stay for 2 nights.

The next day the hospital received a call from the man, saying he would come to the hospital for treatment. He never turned up. Police have so far interviewed 142 people from entertainment venues in Kathu and Patong where the man is reported to have visited before he reported his symptoms at the hospital.

The man recently travelled from Nigeria to Thailand and had symptoms of fever, cough, sore throat, runny nose and skin lesions. His PCR test result came back positive for monkeypox virus after checking himself into the private hospital.

He told hospital staff that he’d been feeling sick for at least a week.

A total of 15,378 cases have been reported worldwide since the start of the 2022 monkeypox outbreak.