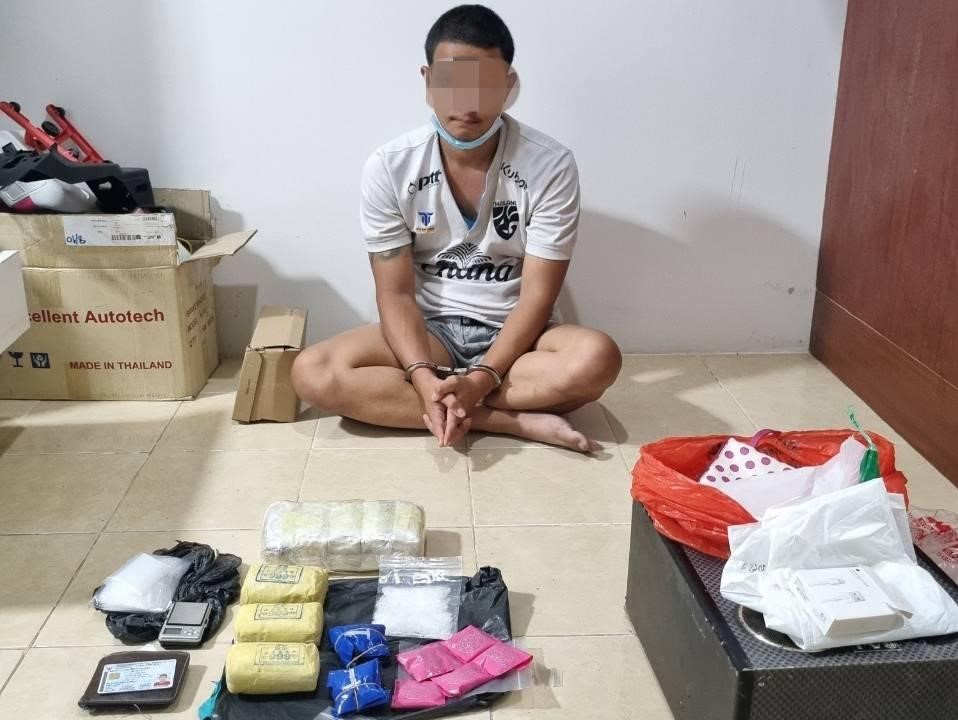 Police in Phuket have seized thousands of methamphetamine tablets and arrested 4 suspects in a series of drug busts on the island. Two of the raids took place in the northern district of Thalang, while the third was in the sub-district of Ratsada, near Phuket Old Town. According to a Phuket Express report, in total, narcotics suppression officers confiscated 18,200 methamphetamine tablets and 100 grams of crystal meth.

The first raid, at a property in Thalang district, led to the arrest of 27-year-old Siwakorn Chuaymit and the seizure of 2 bags of crystal meth, 91 bags of methamphetamine pills, and a number of other related items. Siwakorn has been charged with the illegal possession of Category 1 narcotics for sale.

The second bust also took place at a house in Thalang district, where 41-year-old Saman Intarnruang was arrested. Police confiscated a bag containing 67 methamphetamine tablets, a device for smoking crystal meth, a digital weighing machine, a shotgun, and 6 rounds of ammunition. Saman has been charged with the illegal possession of Category 1 narcotics for sale as well as the unlawful possession of firearms and ammunition.

In the sub-district of Ratsada, police raided a third property and arrested 24-year-old Thanapon Saengchan. Officers also confiscated 5 bags containing a total of 50 methamphetamine tablets, a bag of crystal meth, a mobile phone, and a device for smoking crystal meth. As part of the same bust, police also arrested 23-year-old Rungsawang Kwanthong in Chalong, in the south of the island, and confiscated 10 methamphetamine tablets he had in his possession.

All 4 suspects are being held at Phuket Police Station for interrogation and prosecution.

In this article:drugs, methamphetamine, Phuket