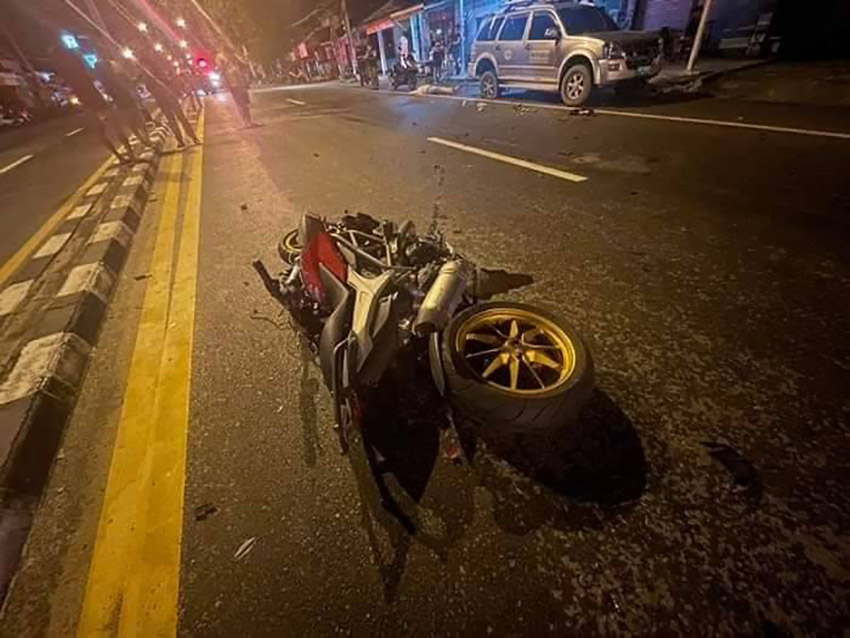 Two Russians and 1 Thai person have been killed in a 3-vehicle collision in the south-east of Phuket. The Phuket Express reports that the crash, which involved a big bike, a motorbike, and a taxi, happened at around 3.30am this morning, on Wiset Road in the sub-district of Rawai. Rescue workers arrived on the scene and found a damaged big bike, motorbike, and taxi car.

The body of the driver of the big bike, a 35 year old Russian man, was found nearby, alongside his passenger, a 29 year old Russian woman, who was later pronounced dead at a nearby hospital.

A smaller damaged bike was also found at the scene. The male driver, a foreign national, and his male passenger had sustained injuries in the collision. Another injured passenger, a woman named as 26-year-old Tanyaluck Loonthong from Surin, was later pronounced dead in hospital.

Meanwhile, the driver of the damaged taxi vehicle, Mr Niphon Sanguannam, was waiting at the scene of the accident. It’s understood he was not injured.

According to the Phuket Express, the police are now checking CCTV footage to establish the cause of the accident. The names of the victims have not been released until their families have been notified via their embassy.

The accident follows another Phuket collision yesterday, in which a Singaporean bike rider died after colliding with a truck in Kamala.