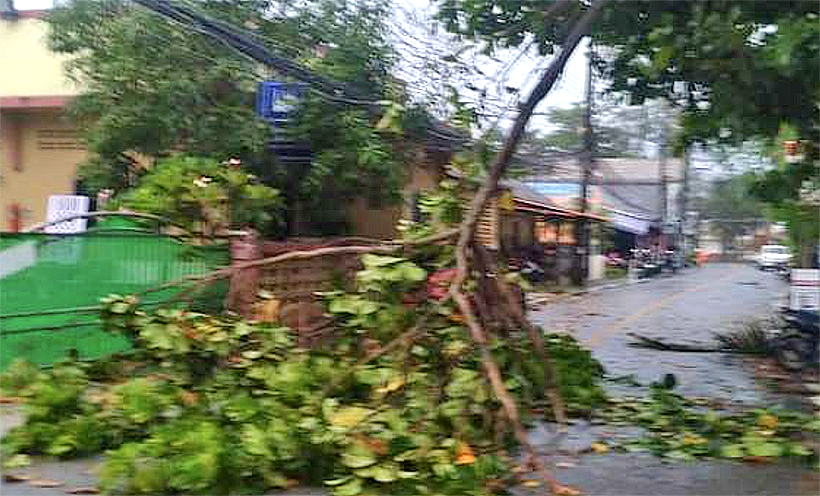 Officials from Phuket Disaster Prevention and Mitigation Centre have rescued people from their houses, and a motorcycle has been destroyed in the Kamala area along Phuket’s central west coast.

The houses and motorcycle near the Norklay Seafood Restaurant were damaged by a falling pine tree that fell on to the roofs after strong storm passed through the area. There were also fallen trees in other areas including Soi Rongpak in Kamala, Naka area in Moo 6 in Kamala and Soi Namtok in Kathu.

The Chief of the Phuket Disaster Prevention and Mitigation Centre, Udompon Karn, as well as the President of Kamala Sub-district Administration Organisation, Jutha Dumluck and their teams, brought in machines to cut and remove the trees right after the report.

The President of Kamala Sub-district Administration Organisation said that there were five spots in Kamala that were damaged because of the local thunderstorm, including houses, the motorcycle, numerous trees and an electric pole that also fell.

He said that the emergency responders arrived, cut the trees and removed them from the damaged houses. The officials used a crane when the tree was too big to be cut.

He noted that Phuket Governor emphasised the importance of supporting the local community who remain affected from the situation.