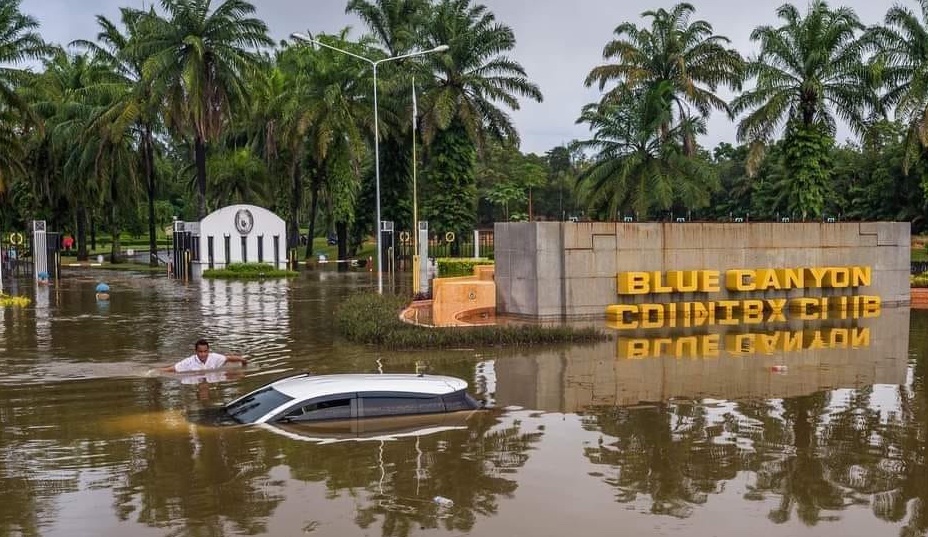 Flooding in Phuket after torrential rain

Torrential rain fell in the north of Phuket this morning, mostly from 6 – 7am, turning some major roads into rivers of metre-deep water. The areas around the Phuket International Airport were particularly affected, flooding residences and closing off entire stretches of Thepkasattri Road for this morning’s peak traffic and morning school run.

Narong Woonciew, Governor of Phuket, Bancha Thanu-in, Thalang District Chief and Mon Chai, the director of the Phuket Airport, visited some of the worst affected areas around 8am this morning as the water started to subside and rescue crews could get into affected areas to evaluate the situation.

Residents reported flooding in front of the Susco Muang Mai petrol station (which ALWAYS gets flooded when the heavy rain hits the area), Muang Thalang School and the the Phuket International Airport. In the worst affected areas the water was waist high. Many cars were stuck in water, some half way up their windows. 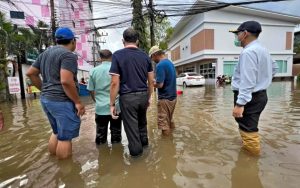 The Phuket Airport donated 100 sets of food and 1,200 bottles of AOT-branded drinking water to the Saku District Administrative Organisation to provide emergency assistance to the villagers in sthe local area at Wat Mongkolwararam.

The sudden rains caught police off-guard and left drivers to sort out the immediate situation with some of the dual carriageways being turned into two-lane roads as drivers did their best to cope with the sudden inundation of monsoonal rain.

The road leading from Thepkasattri Road to Phuket Airport Road had a 500 metre stretch of road underwater, just next to the PTT service station.

In July Phuket registered nearly twice its average rainfall with many locals recalling that July was one of the wettest months they could remember. 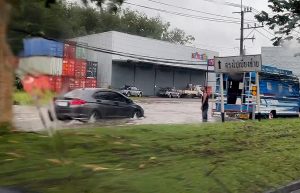 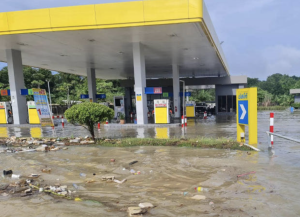