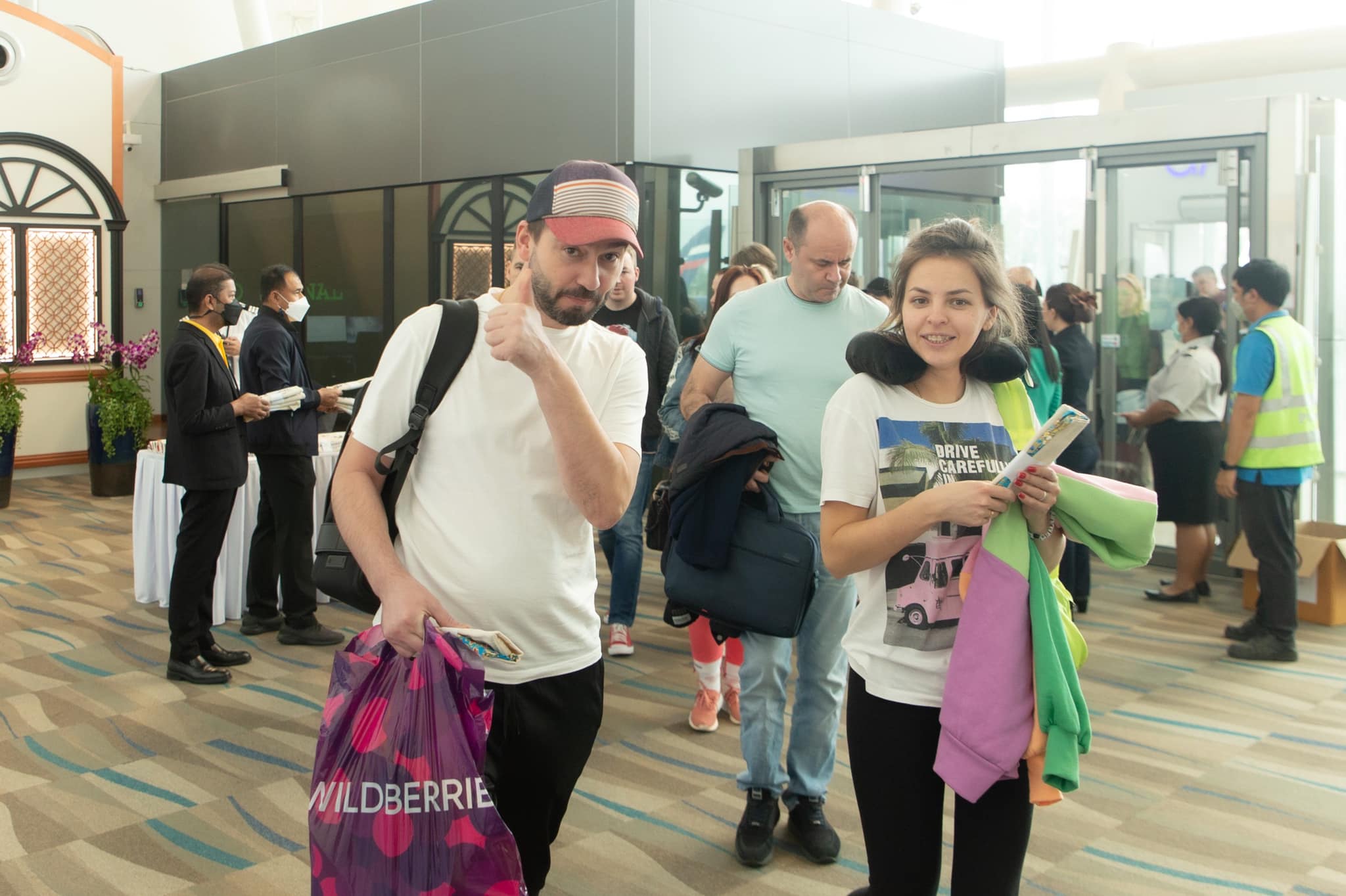 And it’s only one of many.

The Russians continue to arrive, with a fully booked direct flight from Vnukovo touching down at Phuket Airport yesterday. The Phuket Express reports that the Azur Airlines flight was welcomed by airport officials and staff, with souvenirs being handed out to disembarking passengers. The flight was carrying a total of 335 passengers, as Phuket continues to attract Russian tourists in increasing numbers.

What may be helping to attract the Russians is Thailand’s controversial decision to remain neutral when it comes to Russia’s invasion of Ukraine. Thailand has declined to participate in imposing any sanctions or bans on Russian nationals, who can still get tourist visas for Thailand as normal.

Russian tourists are currently the largest tourist group in Phuket and the second largest in Pattaya, after Indian tourists, according to the Phuket Express. However, the report goes on to say that some netizens are questioning the motives of the Russians who are coming to Thailand, asking whether they are genuine tourists or merely fleeing conscription in their own country.