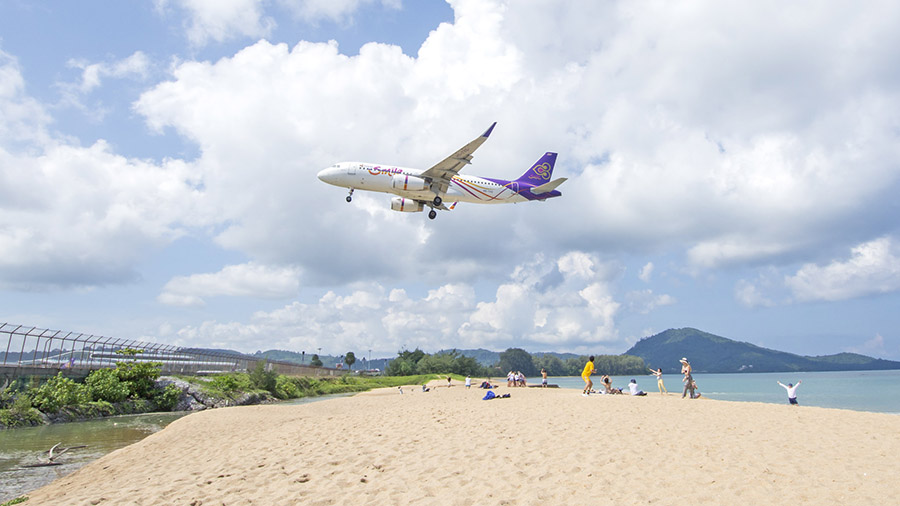 Phuket’s tourism operators say the island’s reputation as an expensive holiday destination is damaging tourism recovery, as they urge airlines feeding into the island to slash fares. Tourism recovery is “sluggish” in Phuket, primarily as a result of the huge hole left by the Chinese and Russian markets, which previously accounted for 40-50% of tourism numbers before Covid-19.

According to a Bangkok Post report, the president of the Phuket Tourist Association says domestic tourists remain a very important market for the island, given that international tourism has not yet fully recovered.

Thanet Tantipiriyakit says domestic travellers still make up most of the arrivals at Phuket Airport, which currently welcomes between 8,000 and 9,000 visitors a day. International arrivals currently number around 4,000 a day, down from 5,000 a few weeks ago.

However, with the island still heavily reliant on domestic tourists, expensive airfares are proving a deterrent, according to Thanet. He points out that Thai tourists can visit neighbouring countries for the same price as it costs them to fly to Phuket.

“Phuket has been perceived as an expensive destination among local travellers since before Covid-19. Although room rates and the cost of living remain affordable at the moment, as hotels are keeping prices low to attract tourists, expensive airfares will deter them from visiting the island.”

Prior to the pandemic, flight capacity at Phuket Airport was between 200 and 300 flights a day. The number of flights currently serving the airport is around 100 a day, with Thanet saying there is scope for airlines to introduce additional services to the island in time for high season.

“With a lot of available slots for domestic carriers, we would like them to increase flights to Phuket, which will consequently help reduce the average airfare if there are more seats filling up this market.”

He adds that the current low number of flights can be attributed in part to a lack of charter flights from China and Russia, with scheduled flights yet to resume fully.