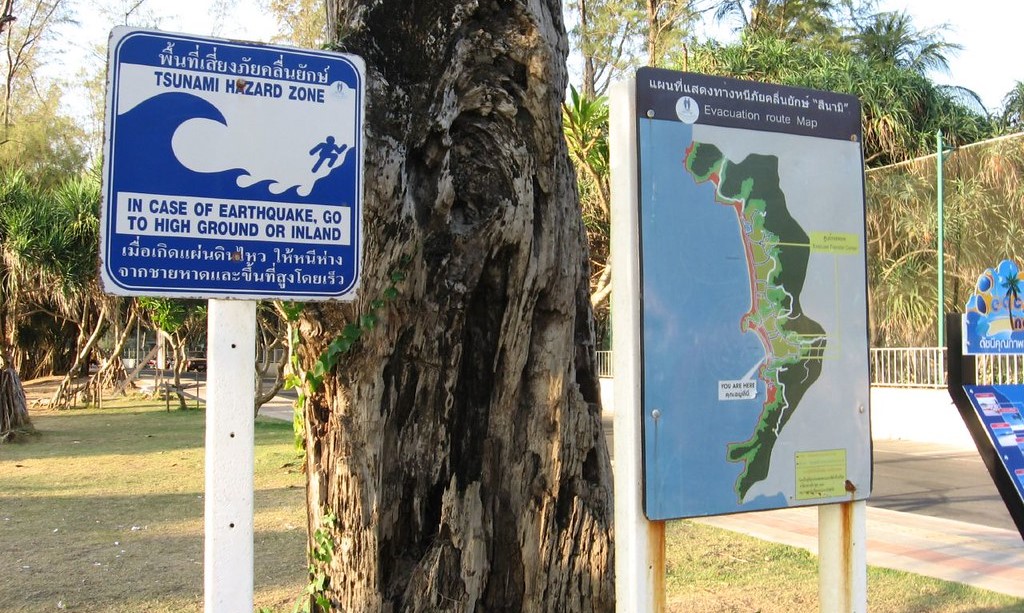 Phuket will hold a tsunami evacuation drill tomorrow afternoon, Wednesday, July 20. The drill follows a series of recent tremors in the Nicobar and Andaman Islands, about 500 kilometres west and north west from Phuket, and the recent news that 2 tsunami detection buoys remain out of order.

Phuket Governor Narong Woonciew has issued an order for the relevant officials and agencies to remain updated and closely monitor seismic activity in the waters around Phuket.

According to a report in The Phuket Express, tomorrow’s exercise will include warning practices, evacuation drills and shelter management. The objective is to ensure the island is prepared in the event of a natural disaster in order to prevent loss of life and damage and safeguard both residents and tourists.

It’s understood there will be 7 areas involved in the drill, which will take place around Phuket Town: Saphan Hin Public Park, the Sane Suk community, the Kor Pai community, the Soi Ton Poe community, 40 rooms community, Phuket Vocational College and the Bang Naew Municipality School. Notably, none of the west coast’s tourist beaches, the ones mainly affected in the 2004 tragedy, are being included in tomorrow’s drill.

The drill will begin at 2pm and the evacuation shelter will be located at Sanam Chai on Narisorn Road, in the sub-district of Talad Yai.

Phuket, and Thailand’s Andaman Coast, was hit by the Indian Ocean Tsunami around 10am on December 26, 2004.